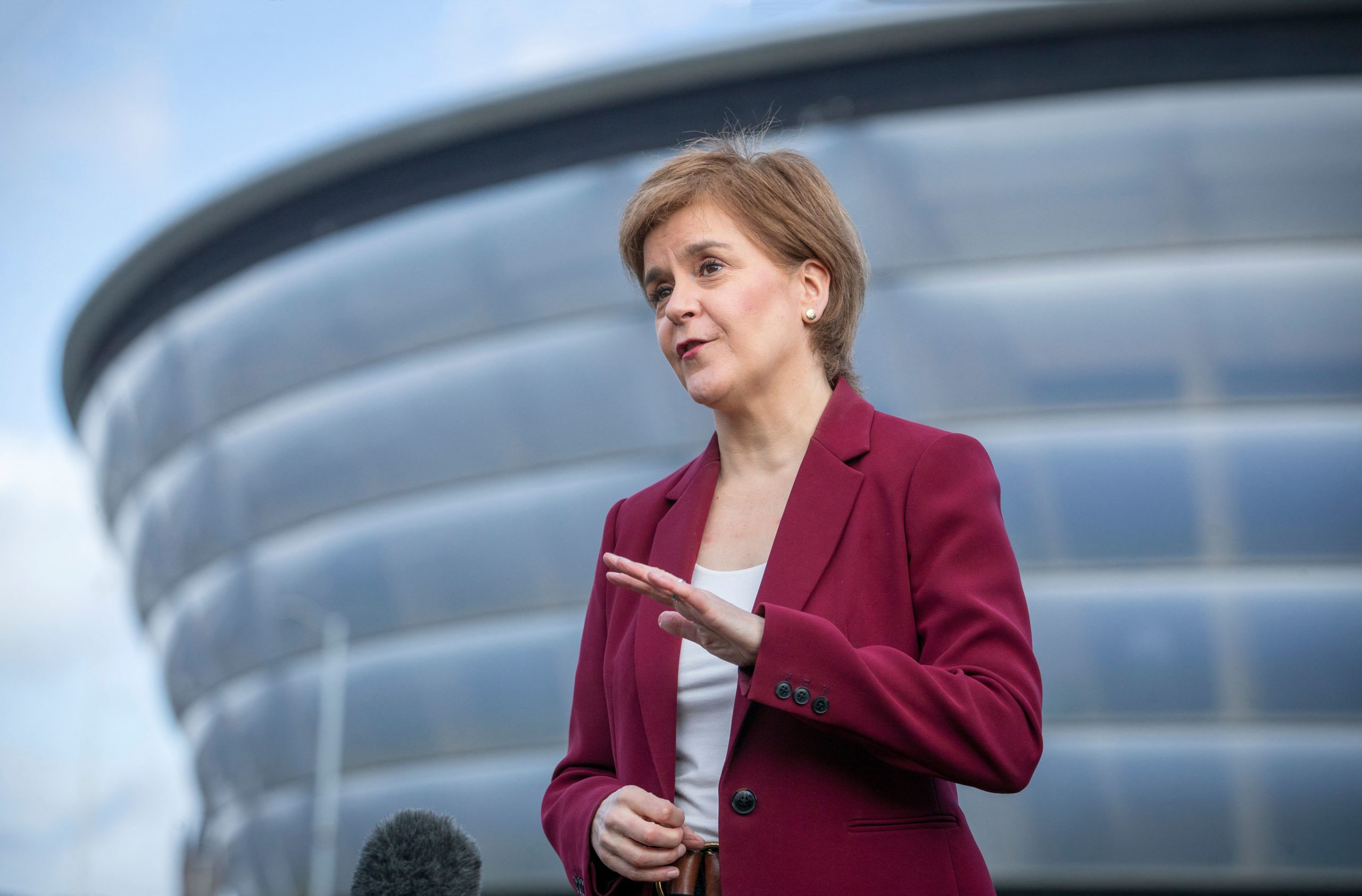 Scottish First Minister Nicola Sturgeon said there are “serious questions about the appropriateness” of Alex Salmond’s political comeback, after he announced the creation of a new pro-independence party that will compete with the Scottish National Party (SNP) he led for 20 years.

Sturgeon said in an interview with the Scotsman newspaper that Salmond’s “ego” is stopping him doing the right thing — “leaving public stage.”

The SNP leader also said that although Salmond was cleared last year of sexually assaulting nine women while he was Scotland’s first minister, “even if I just base this on what he told me, I know he didn’t always behave appropriately towards women, and he hasn’t shown in public a single sign of reflecting on that.”

“I suppose I harboured a hope that was different privately, but today’s antics shatter that hope,” she added.

Salmond — who left the Scottish parliament in 2016 — has been entangled in a public feud with his Sturgeon over her government’s handling of harassment complaints made against him.

On Tuesday and Wednesday, the release of two separate inquiries into the affair cleared Sturgeon of breaking the ministerial code but also criticized her government’s conduct. Salmond has said he intends to move on from the issue, but has vowed fresh legal action against the Scottish government.

Speaking at a press conference Friday, Salmond said that “strategic aims” of his new party, called Alba, “are clear and unambiguous — to achieve a successful, socially just and environmentally responsible independent country.”

Two California cops stepped in to stop a third officer from roughing up a handcuffed female suspect in an incident ...

“It Was A Dream To Tell Stories That I Believe”