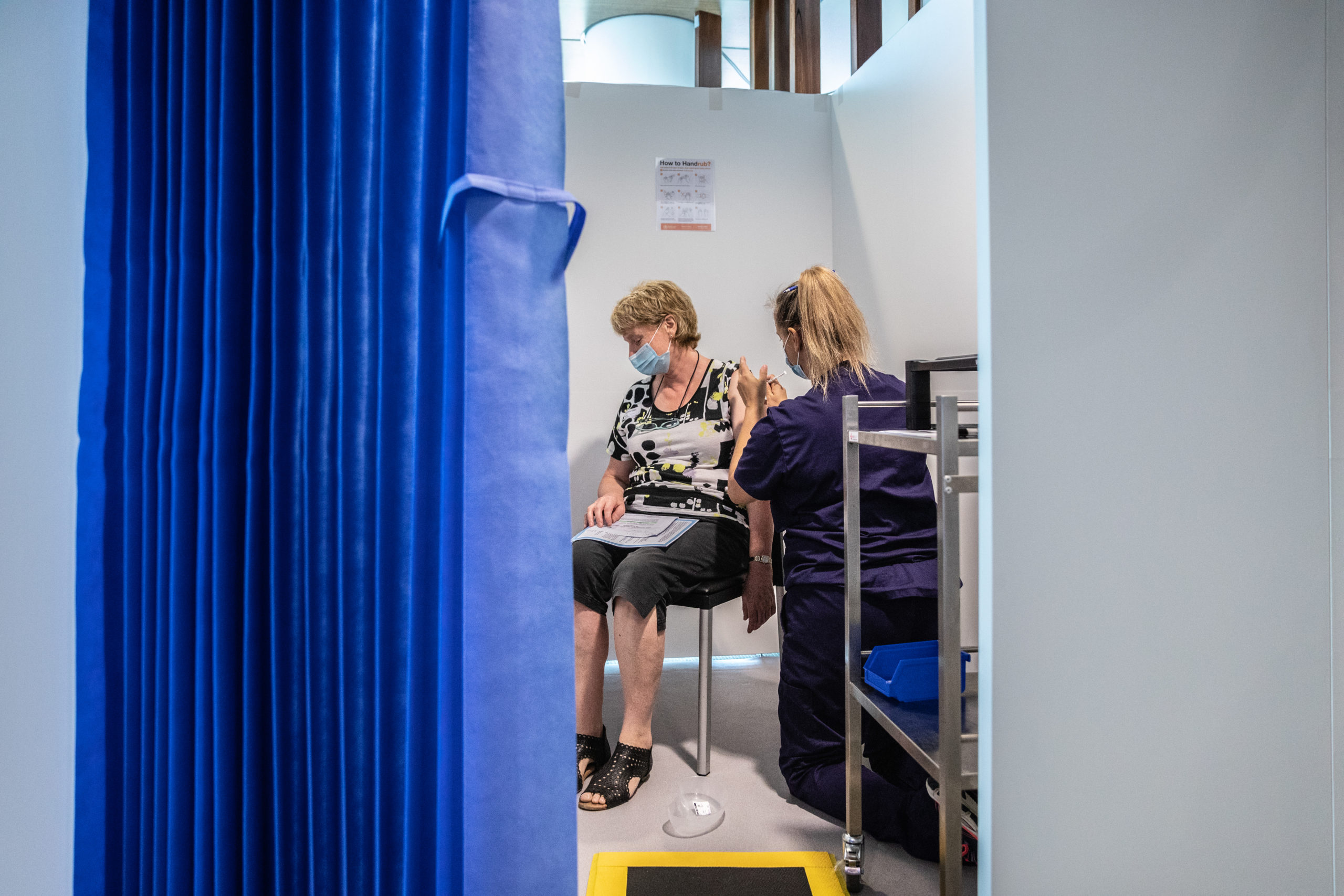 SYDNEY — To cope with immense domestic pressure over the slow rollout of vaccines, the Australian government has chosen a path some of its European counterparts love: blame Brussels.

Canberra on Wednesday accused the EU of deterring AstraZeneca from exporting its coronavirus vaccine doses to Australia, and said Brussels’ claims that it was not blocking shipments were “semantics.”

On Tuesday, Prime Minister Scott Morrison said a vaccine delivery shortfall was to blame for Australia missing its target of jabbing 4 million people by the end of March — a remark widely reported as targeting the EU. Hours later, the two sides squabbled again, with Brussels refuting a claim from an Australian government source that it had blocked a shipment of 3.1 million doses.

At a press conference on Wednesday, Morrison didn’t back down.

“At no time yesterday did I make any comment about the actions of the European Union,” he said. “I simply stated a fact — that 3.1 million of the contracted vaccines that we had been relying upon in early January, when we’d set out a series of targets, did not turn up in Australia.”

The EU did formally block a shipment of 250,000 Oxford/AstraZeneca doses destined for Australia from Italy in early March — but argues that was the only time it used such powers. As of March 31, there were seven pending requests for vaccine exports, and an EU official said none of them were from Australia.

“Export applications would come from the company to competent member states, and then to the Commission for approval — so far we have seen no such request,” the official said.

The remarks echoed the message from a senior EU official earlier on Wednesday: “There are currently no other AstraZeneca requests for shipments to Australia in the pipeline.”

But Canberra argues AstraZeneca hasn’t sought export approval from Brussels because the company knows the requests would be rejected.

“AstraZeneca has not been able to secure an export licence from Europe to send the remaining doses, and they know they would never be approved by the European Commission,” an Australian government spokesman told the Sydney Morning Herald in a statement. “The European Commission itself has confirmed their export control regime has blocked the export of a number of those doses, including a shipment of 250,000 doses, and they also requested we withdraw other export permit applications.”

Morrison said letters from Canberra to the EU requesting vaccines had not been answered. He added that he would again seek formal approval from AstraZeneca for the release of the blocked vaccines.

“We obviously want those millions of doses,” the prime minister said. “Given statements made overnight [by the EU], that apparently there is no obstruction to that … I would hope that could be readily addressed.”

Earlier on Wednesday, Treasurer Josh Frydenberg told ABC television that the EU “not giving approval” for vaccine exports to Australia “is effectively the same as blocking.” He added: “The Europeans have made absolutely clear in both their public and private statements that no further doses of AstraZeneca will be flowing until they’ve met their own orders domestically, so this is the problem we have.”

But the EU insists Canberra has been lobbying the wrong people. Morrison has been writing to and calling European Commission President Ursula von der Leyen, but “the contract that Australia has signed is with AstraZeneca, not with the EU,” an EU spokesperson said. Four officials said Australia’s problem is the same as the EU’s: AstraZeneca is failing to meet delivery commitments.

“The European Commission is arguing semantics, but at the end of the day, all we want is what Australians have ordered so we can get more vaccines in arms,” the Australian government spokesman told the SMH.

A total of 920,334 Australians have received a coronavirus vaccine through April 6, according to the most recent government figures, out of a population of over 25 million. Overall, the country has fared better than most during the pandemic, recording just 29,365 cases and 909 deaths.

Viral Feta Pasta Is Now A Dessert And We Cant Even! Try This Yummy Recipe

The new cases were detected through 214,765 additional tests. The UAE Ministry of Health and Prevention on Saturday ...