Biden pledges to steady the nation: ‘My whole soul is in this’ 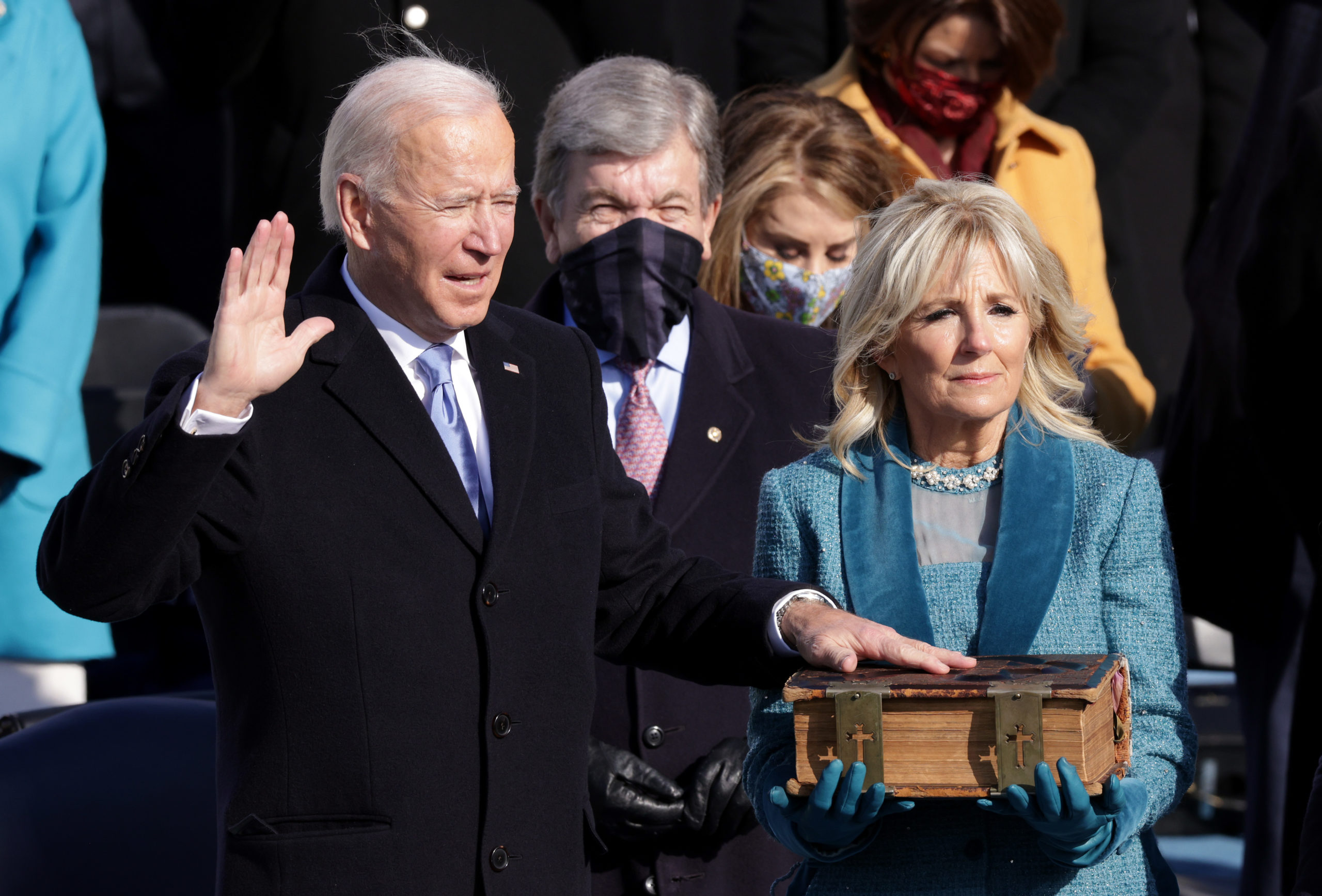 But the new president overwhelmingly appealed to the themes of national unity and bipartisan compromise that he had dutifully preached since the earliest days of the Democratic primary and had continued to echo throughout the contentious general election campaign.

“To overcome these challenges, to restore the soul and secure the future of America requires so much more than words,” he said. “It requires the most elusive of all things in a democracy: Unity. Unity.”

Biden went on to invoke Abraham Lincoln’s Emancipation Proclamation, which was signed “in another January on New Year’s Day in 1863.”

Biden, 78, becomes the oldest president in American history and the 15th vice president to ascend to the presidency. He was a senator from Delaware for more than three-and-a-half decades, from 1973-2009, before serving as former President Barack Obama’s vice president, from 2009-2017.

Prior to his 2020 White House bid, Biden had previously run for president twice, in 1988 and 2008. His third campaign was ultimately successful, unseating an incumbent president for the first time since 1992. He also broke Obama’s 2008 record for the most ballots cast for any U.S. presidential candidate in history, earning more than 81 million votes.

As his running mate, Biden selected Kamala Harris, who was sworn in earlier Wednesday by Associate Justice Sonia Sotomayor as the first woman and the first person of color to become vice president.