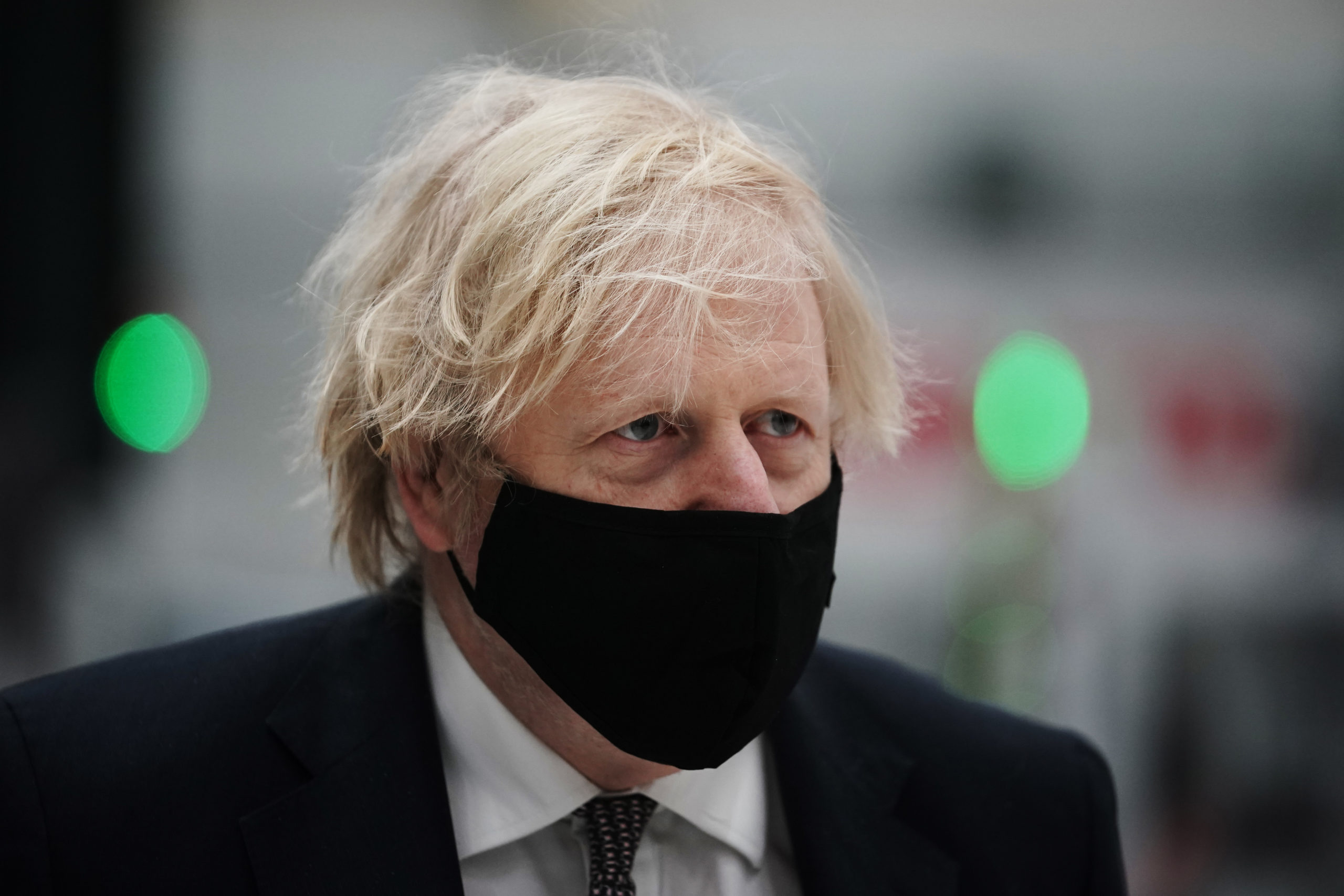 LONDON — MPs from across the Brexit divide urged Boris Johnson not to retaliate if the EU imposes a vaccines ban on the U.K.

Senior figures in Johnson’s Conservative party — including two former trade ministers — said Britain should not get embroiled in a tit for tat dispute that could put lives at risk and become a long-running sore for the two sides.

The prime minister launched a desperate diplomatic drive to prevent a blockade after senior EU officials briefed that the bloc would reject British requests to receive AstraZeneca vaccines produced at a factory in the Netherlands. He spoke to German Chancellor Angela Merkel and French President Emmanuel Macron on Sunday night, Downing Street confirmed.

The U.K. and EU dialed the rhetoric down somewhat Monday, but the moment of truth will come on Thursday, when EU heads of state and government discuss their course of action at a Council summit. The question for Britain is how to respond if Brussels does go ahead and block exports from the Halix plant in Holland in a bid to force the U.K. to share doses with the continent.

But MPs — while expressing anger at the EU over its threats — argued retaliation would be a bad idea. “All trade wars risk impoverishing the citizens of both sides,” said former trade minister Conor Burns — a close friend of Johnson’s. “Vaccine trade wars risk needlessly killing people and must be averted.”

But Burns said Britain should be willing to help EU member states get their vaccine production and rollout back on track — and look first at those in Ireland. “Any further waves [of coronavirus] in the EU could impact the pace of our own return to normal,” he added.

Richard Torbett, chief executive of the Association of the British Pharmaceutical Industry, echoed the sentiment — noting that nations working together had made good progress on vaccines so far and that barriers would harm all involved. “Restrictions will slow this progress and we urge all governments to avoid them,” he said.

Another former trade minister, who spoke on condition of anonymity, said engaging in a trade dispute would “legitimize” the EU’s action. The person said it would “lock in the fact that they are hijacking our vaccines — so they will turn round and say ‘we now have a trade dispute’ and you then get bogged down in years and years of wrangling.”

The MP added: “Anyway what are we going to do? Hijack the chicken and mushroom pie exports?”

On Wednesday, European Commission President Ursula von der Leyen said Brussels was prepared to use the mechanisms it has in place to stop exports of vaccines from the bloc destined for countries that are producing doses and not exporting them in turn. She suggested this was principally the U.K.

One retaliatory option for Britain in the face of such a move would be to ban the export of fatty molecules, known as lipids, from a firm in Yorkshire. These are sent to the continent to make the Pfizer jab. But Pfizer is said to have raised the alarm as doing so could halt its production and thereby reduce supply. The vaccine manufacturer did not respond to a question from ClixkPlayNews about what that could mean for U.K. supplies.

David Jones, deputy chair of the pro-Brexit European Research Group, said the U.K. must not impose a lipid blockade “simply because I don’t think it’s the way civilized countries should operate.”

Downing Street refused to comment on whether Britain could ban lipid exports and refused to give a commentary on Johnson’s talks with EU leaders. “It’s important that we all work together as an international community on vaccinations,” a spokesperson said.

During a visit to a weapons factory in Lancashire, Johnson told reporters: “I’m reassured by talking to EU partners over the last few months that they don’t want to see blockades.”

Indeed, Jones was sure the EU would change course instead of going nuclear. “They are going to realize that this is not how you behave in the modern world,” he said. “It looks like piracy, because it is a form of piracy.”

Former Trade Secretary Liam Fox said the same — noting that an export ban from the EU would harm its reputation as a stable environment for businesses. “We should not play this political game because I think the damage being done to Europe is considerable,” he argued.

Current Trade Secretary Liz Truss urged nations to avoid a “beggar thy neighbour” approach, without directly singling out the EU, in her first public appearance at the Ottawa group — an informal collection of countries seeking WTO reform. “The need to keep free trade flowing has never been greater,” she said. Irish Prime Minister Micheál Martin said similar as he urged Brussels to step back from the brink.

Even those who were not supportive of Brexit believe the EU has made a mistake with its threat. Angus MacNeil, an SNP MP and chair of the House of Commons international trade committee, said the EU was pushing its weight around in a bid to claim “might is right.”

But he warned both sides: “Jaw jaw is better than war war. Start talking now.” He called on the U.K. to be “conciliatory” and for all nations to work together to help ramp up production and prevent the vaccine bottlenecks in the first place. “The war is with the virus. And if people get back into petty one-upmanship there there’s a chance the virus mutates and beats them all,” he argued.

Trade expert David Henig said the U.K. might have to respond if there is sufficient public or political demand. But he said the bigger risk in a spat would be for Britain, as the EU has the upper hand as the bigger economy.

It is the kind of dilemma London will need to get used to outside the EU. “This stuff is incredibly complex and incredibly political,” Henig said. “Welcome to modern trade, that’s what it’s like.”

"Earned It": Arjun Kapoors Mid-Meal Snack Looks Worth Sweating Out For

Is It Safe to Go Back to Indoor Group Exercise Class at the Gym?