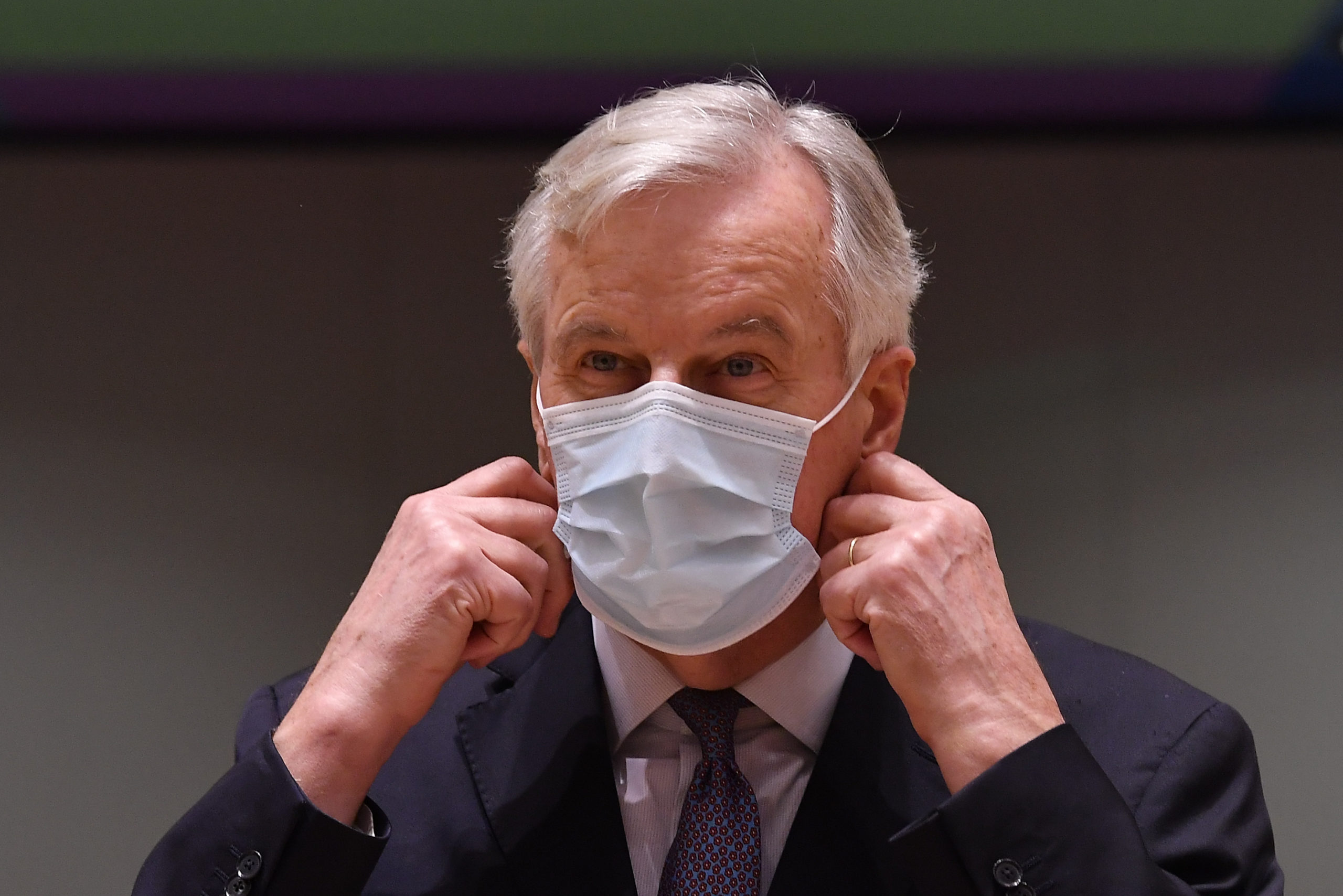 Michel Barnier’s chances of presenting a Brexit deal under the Christmas tree look slimmer than ever.

The EU’s chief Brexit negotiator told EU ambassadors and members of the European Parliament’s U.K. Coordination Group in two separate briefings on Tuesday that he could not give any indication whether he will be able to deliver a deal on future EU-U.K. relations before Christmas, whether talks will continue into next week or whether they will even drag into next year.

Barnier offered a somber assessment, in which he said there are gaps remaining on fisheries but also concerning the so-called level playing field, which determines how closely aligned Britain stays to the bloc, and on enforcement of any possible deal. The briefings raised strong doubts among EU diplomats and MEPs that a deal before Thursday morning, the last possible date by which EU diplomats say it can still be implemented before years’ end, is still feasible.

“I’m very skeptical that a deal is still possible before Christmas, given the large disagreements that still persist. It looks pretty gloomy,” said one MEP following Barnier’s briefing, requesting anonymity because of the sensitivity of the talks.

If no agreement is reached and implemented before January 1, the EU and U.K. would fall back on unfavorable World Trade Organization rules that would see the imposition of high tariffs and other export restrictions. Both sides would also lack a stable framework for many other areas like judicial cooperation, services and transportation.

With the grim status of negotiations in mind, Barnier said the EU must be prepared to continue talks beyond January 1 if necessary, as the Frenchman stressed the EU will not be the one to leave the negotiating table, according to two MEPs and three diplomats who followed his briefings.

The key sticking point remains fishing rights: The EU presented on Friday what it described as a “last possible offer,” under which the bloc would accept a 25 percent cut in the share of fish caught by EU vessels in U.K. waters. London followed up with a counter-offer over the weekend, proposing a 35 percent cut — but Barnier told ambassadors that offer is actually worse because it does not include all species, so the overall cut would be even higher, diplomats said. Another matter of fierce dispute between London and Brussels is how many years it would take before the cuts enter into force.

Although fisheries is of relatively little economic importance in terms of total EU-U.K. trade, it has very high political sensitivity for both sides. Countries like France and Denmark have pressured Barnier not to give in to the new British offer because for domestic political reasons, they cannot afford to appear to sacrifice fishermen for the sake of a deal. European Commission President Ursula von der Leyen and British Prime Minister Boris Johnson have held calls in recent days to bridge differences at the highest political level, so far to no avail.

While fisheries has emerged as the thorniest issue in the last phase of negotiations, two MEPs and two diplomats stressed there are still critical gaps in other areas such as state aid provisions and the enforcement of the deal’s rules. Most notably, the EU and U.K. are still bickering over whether the EU’s Court of Justice should have a say in enforcing treaty provisions — something the U.K. has refused to accept.

“It’s not looking good” for a deal to come together in the next 24 hours, one EU diplomat said.

The British government did not respond to a request to comment.

If no deal is reached before Thursday, Brussels and London will be faced with three options: First, they might still come to an agreement before year’s end, which could then be provisionally implemented with a few days’ delay in early January. In such a scenario, there would be theoretically a short no-deal gap in early January, although both sides might find a legal fudge that would allow them to continue business as usual for the few outstanding days, without imposing restrictions on each other.

Under a second scenario, both sides would enter into no-deal territory on January 1 but continue negotiations on a deal that could be agreed and implemented at a later stage. According to one diplomat, Barnier said: “Even if we have no deal, we would have to continue with negotiations of certain kind. We will have many things unresolved.”

It is unclear whether Barnier would need a new mandate from EU countries in order to continue negotiations, both concerning the legal framework of the talks as well as his own role as chief negotiator which normally runs out at the end of the year. But to sort out all these remaining problems, “we’ll need to take decisions at the highest political level,” another EU diplomat said.

A third scenario would be an abortion of talks and a no-deal in January — even though Barnier has made clear he won’t be the one pulling the plug on the negotiations.

Earlier this month, U.K. Cabinet Office Minister Michael Gove said the U.K. won’t seek to negotiate a trade deal with the EU next year if the ongoing talks fail this month.

Despite the difficult outlook, one EU official urged not to lose hope: “Christmas miracles sometimes happen.”