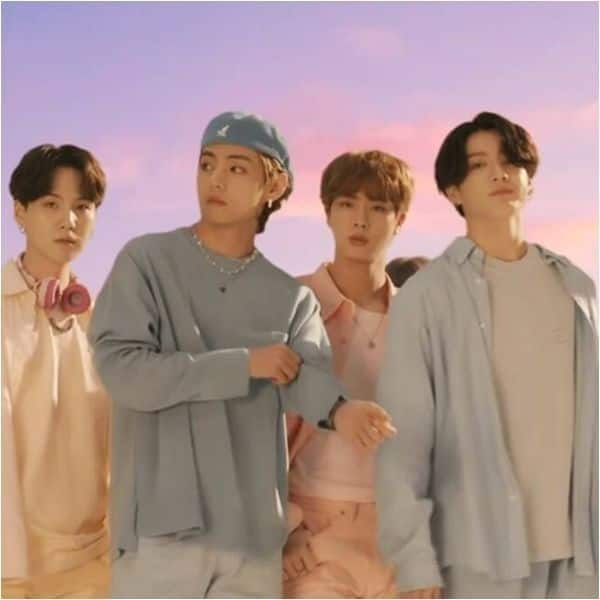 BTS is one of the most successful bands. They have millions of fans across the globe. Fans love them for their music and philosophy. They continue to remain in the news for one reason or the other. This time, the reason is their hit song, Dynamite. It has remained on Billboard’s Hot 100 for 31 weeks, equalling Psy’s Gangnam Style record for an all-Korean act. If it manages to stay for a week more, it will break that record. Also Read – Britney Spears looks edgy in a sheer top and smokey eyes — view pics

On March 24 the song surpassed 950 million views on YouTube. It was BTS’s first career No. 1 on the Billboard’s main singles chart and stayed there for months. It was such a rage that the K-pop band’s pastel-coloured outfits which they wore in Dynamite and donated to MusiCares, was put on auction to help music professionals in need. They were sold for a whopping $162,500 (Rs. 1.18 crores, approximately) in Charity Relief Auction hosted by MusiCares and Juliens. “SOLD for $162,500! The costumes worn in the music video of the mega-hit song “Dynamite” donated by GRAMMY Nominated BTS, all to benefit MusiCares in today’s Charity Relief Auction,” read the tweet from the official Twitter handle of the Juliens Auctions. The sundress Miley Cyrus wore as Hannah Montana, Britney Spears’ childhood ballerina leotard, two custom fedoras worn by Michael Jackson and a beaded dress Madonna wrote in her Golden Globe-winning role in Evita were some of the other items that are up for auction. Also Read – From Prince Harry-Meghan Markle to Johnny Depp-Amber Heard: These celebs used public platforms to voice their personal woes

In a recent statement, BTS issued a statement strongly condemning the recent anti-Asian violence and hate in the U.S. They also shared their own experiences of facing racism. A part of the statement read, “We send our deepest condolences to those who have lost their loved ones. We feel grief and anger.”

Surge in Illegal Immigration Along Border Is a ‘Crisis’

President Joe Biden has for the first time described the recent surge of illegal immigrants along the U.S.-Mexico border as ...