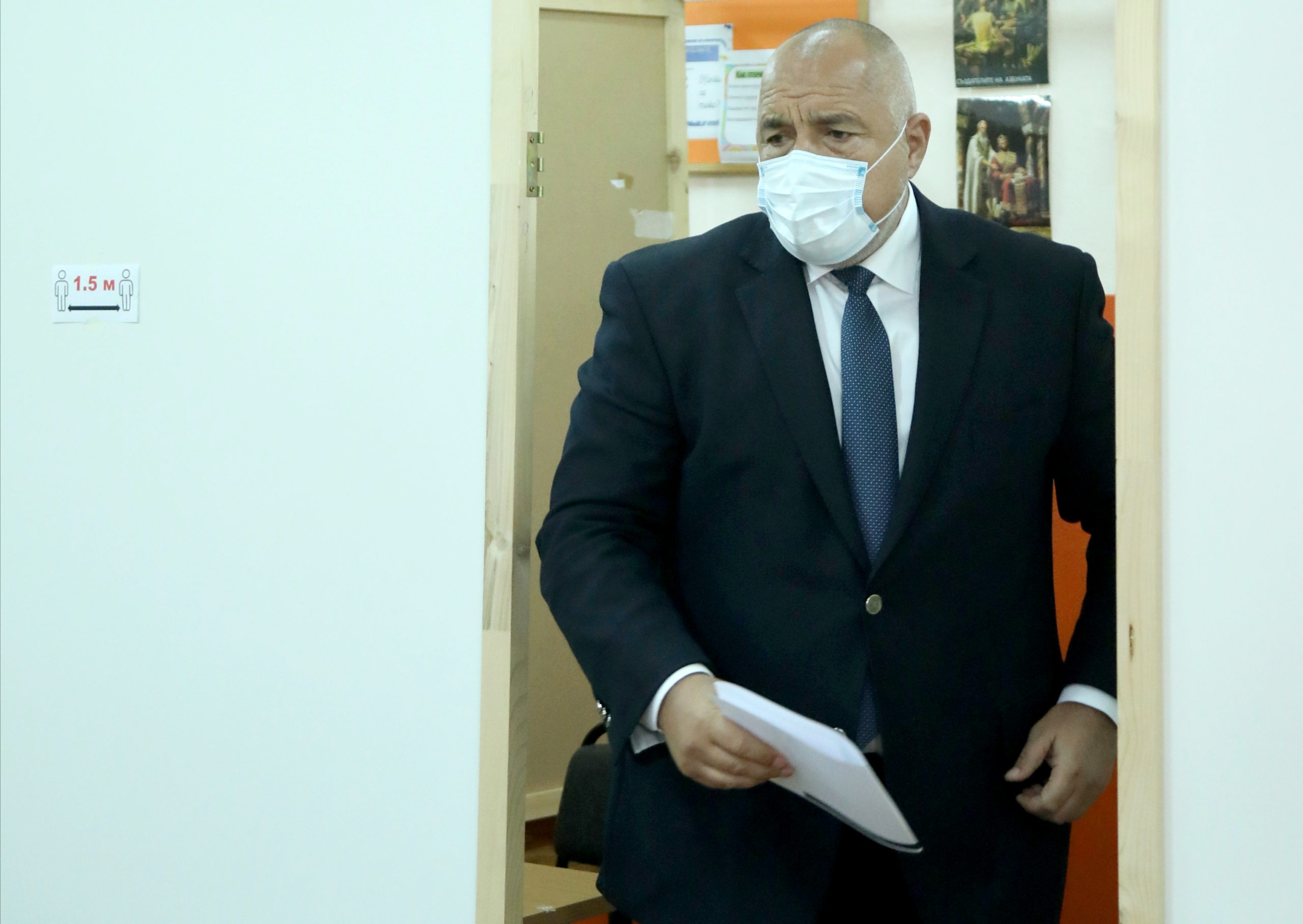 Bulgarian Prime Minister Boyko Borissov is facing the battle of his political life after a weak performance in Sunday’s general election gave him no clear route to form a coalition government.

Borissov’s center-right GERB party has dominated the Balkan country’s politics for more than a decade, and the former karate champion and Sofia mayor has turned into one of the most dependable allies at the EU level for German Chancellor Angela Merkel. He is also a key player in her center-right political grouping in Brussels, the European People’s Party, which has consistently given Sofia an easy ride over scandals involving the abuse of EU funds.

Although GERB crossed the finish line with the highest number of votes on Sunday, with an exit poll from Alpha Research predicting that Borissov would win 25.2 percent of ballots cast, his prospects of keeping the premiership look shaky. To do so, he will have to corral enough support from a hotch-potch of six other parties that look set to enter the highly fragmented parliament.

Speaking in the falling snow dressed only in a light suit, in front of the jeep that has been the hallmark of his campaign trail, Borissov said that his opponents should enjoy their successes for two or three days, but then form a grand coalition to get through the remainder of the coronavirus pandemic. The leader, mockingly known in Bulgaria as the “pumpkin head,” also insisted his country had no one else with his international clout to lead this coalition who could keep the EU funds flowing. “Do you have anyone more experienced than me?” he asked in a Facebook broadcast. “Do you have anyone with greater international support?”

Daniel Smilov, political analyst at the Sofia-based Centre for Liberal Strategies, suggested things would not be that easy.

“Initial results suggest that Borissov has lost the election,” he said. “While Borissov might try his best, it seems unlikely that he would be able to form a government and return as a prime minister,” he said.

“This time around, Borissov would struggle to survive,” Smilov added. “Forming a coalition government would prove to be a major challenge. However, it’s too early to talk about calling an early election just yet.”

Despite Sunday’s setback, Borissov is a sly political brawler who is not going to go quietly. He held his ground through a summer of political turmoil last year during which there were nightly demonstrations of thousands of protesters decrying rampant corruption in the country’s political and judicial elite. Borissov has also twice stepped down to take advantage of previous political crises, consistently styling himself as the only person who can ultimately step back and clear up the ensuing mess.

His Facebook address in the snow on Sunday night suggested he was going to attempt a similarly Houdini-like political escape and try to buy more time with a broad coalition of experts to guide the country through the coronavirus crisis. He said he was offering his rivals “peace” and suggested that they should take it up “in the name of the country.”

Although Borissov survived the immediate impact of last summer’s mass protests, there were signs that broader frustration with high-level corruption have partly contributed to turning the tide against him, with the exit poll suggesting parties that challenged the status quo garnered a greater percentage of votes than GERB.

Ima Takuv Narod (There is Such a People), an anti-establishment party led by popular television host and singer Slavi Trifonov, made significant gains, winning 17.1 percent. Democratic Bulgaria, a coalition between anti-corruption Yes, Bulgaria of former Justice Minister Hristo Ivanov and a small right-wing party gathered 9.9 percent, higher than original predictions. Rise up, Out With the Crooks, an alliance between some of the protest leaders and a former member of the Socialist party, Maya Manolova, is also likely to enter parliament with 4.6 percent of the votes.

“It is too early to celebrate but one thing is for sure: this is the end of Borissov,” Nikolay Hadzhigenov, one of the leaders of Rise Up, Out with the Crooks, told private television channel bTV. Manolova added: “We can no longer talk about a fourth government led by Borissov.”

Ivanov also predicted an end to the Borissov era. “It’s too early to make any final conclusions but we’re starting to see a better Bulgaria,” he said in an interview for bTV. “Borissov might continue to use his administrative, financial and corruption resources to win elections but he might not stay in power.”

Borissov tries to present himself as a fighter against corruption, who grumbles that he is thwarted in his efforts. In fact, he took over after winning the 2009 election, promising to crack down on high-ranking graft and organized crime. His party also says it has a “zero tolerance” approach to corruption, although its critics argue it is in the middle of a web of graft. On Sunday night, he also warned that minor parties wouldn’t cope without his leadership. He warned the political newcomers: “You won’t make it. You do not have the expertise. You do have the knowledge. You do not have the experts.”

The Socialist party, the successor of the former communists, with a dismal 15.7 percent does not find itself in a strong position for grand coalition-building either. Trifonov is seen as unlikely to partner with the Socialists, or Borissov, for fear of tarnishing his anti-establishment showbiz reputation.

The ethnic Turkish party, Movement for Rights and Freedoms (MRF), long the potential kingmaker of Bulgarian politics, won 10.7 percent of the vote but that would not be enough to see Borissov through to victory. It would also be difficult for Borissov to partner with the Turkish party officially as it was — along with him — one of the focal points of last year’s anti-mafia protests.

The Internal Macedonian Revolutionary Organization, IMRO, a small nationalist party and one of the coalition partners in the former GERB-led government, was on track to win about 4 percent, right on the threshold to enter the parliament. The party’s fortunes are watched outside Bulgaria because it has been the driving force in the Borissov administration for thwarting North Macedonia’s aspirations of starting membership talks with the EU.

Boriana Dimitrova, a managing partner at Alpha Research, told Bulgarian National Television of the potential coalition formations: “Either someone has to take steps towards some intolerable compromises or the next parliament will be quite short-lived.”

This article has been updated with more recent exit poll figures.