CFL, XFL face plenty of hurdles if they want to join forces and form a partnership 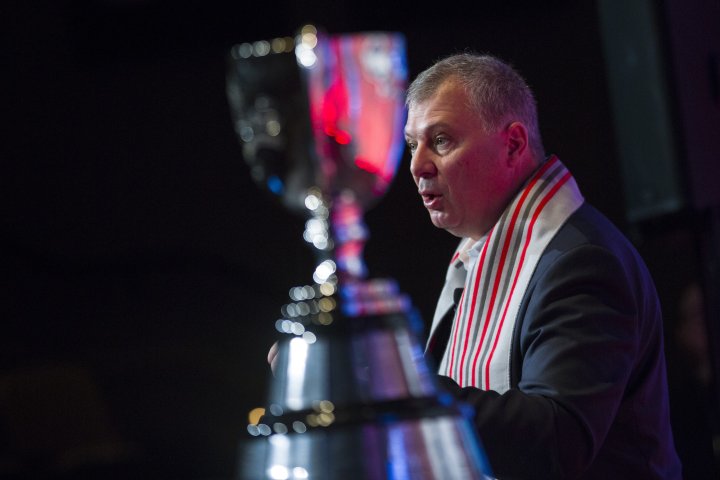 The CFL and XFL are continuing their talks on a potential partnership and ways to grow the game.

However, Dwayne (The Rock) Johnson, a co-owner of the American-based XFL, gave the impression the two sides are much further along with a recent tweet.

“We’ll figure out a smart season that’ll create phenomenal opportunities for players and be the best experience for fans,” he wrote. “ I played ball for years and wrestled 280+ nights a year (for years) so I know the value in smart scheduling and recovery.”

If a deal is reached, it’s expected to begin in 2022 as the Canadian league continues to work on returning to the field this season after cancelling the 2020 campaign due to the COVID-19 pandemic.

But there’s no shortage of potential challenges for the two leagues to iron out. Here’s a look at some of the more pressing issues they could face:

It’s difficult to understand exactly what the XFL is. It was made up of eight franchises when it halted play last year due to the COVID-19 pandemic. Johnson, business partner Dany Garcia and RedBird Capital Partners bought the league for US$15 million with original plans to resume play in 2022. But upon entering talks with the CFL, the XFL announced it was putting its 2022 plans on hold, “pending the outcome of our conversations with the CFL.”

Exactly what Johnson, Garcia and Redbird Capital Partners own remains unclear but they certainly bring plenty to the table. Johnson, a former CFL player, is a larger-than-life figure with both influence and global appeal, the latter the CFL could use to attract attention with a younger demographic.

Garcia, the XFL chairwoman and owner has not only successfully managed the career of Johnson _ her ex-husband _ but also owns Seven Bucks Productions. It’s a company that’s been responsible for such movies as “Jumanji: Welcome to the Jungle” as well as “Hobbs & Shaw”, the spinoff from the Fast and the Furious franchise.

RedBird Capital Partners is an investment firm reportedly managing over US$4 billion in assets.

In both of its incarnations _ 2001 and 2020 _ the XFL was a spring football league, kicking off its season in February. The inaugural campaign culminated with the Los Angeles XTreme defeating the San Francisco Demons in the championship game but the ’20 season ended prematurely due to the global pandemic.

The Alliance of American Football _ another spring league _ folded in its first season of existence in 2019.

The CFL traditionally begins its season in June and finishes off with the Grey Cup game in November.

But if under terms of a partnership or merger, the CFL was required to begin play in February, the big question would be how feasible is it to play games in Canada during that time, especially those in outdoor stadiums? Not to mention where would clubs stage their training camps in order to prepare for a season?

And exactly what would the Canadian public’s appetite for spring football be if its season butted heads with the NHL playoffs?

Conversely, how could the XFL operate playing games in the U.S. during the summer months when there’s traditionally no football, per se? And could the XFL exist playing games south of the border in the fall when both the NFL and NCAA are in full swing?

Another interesting dilemma here. Would a CFL/XFL partnership play under Canadian or American rules?

Canadian football games consist of three downs and 12 players aside. The defensive line must line up a yard off the line of scrimmage and offences can have unlimited men in motion prior to the snap of the ball. They also have 20 seconds to put the ball into play.

In the U.S., the offence and defence have 11 players on the field at a time and there’s no separation between the offensive and defensive lines. And once the ball is set, offensive players cannot move and an offence has 40 seconds in order to put the ball into play.

There aren’t any five-yard zones in the U.S. game although the returner can raise his arm into the air and call a fair catch, meaning the punt team cannot touch him as he attempts to make a play on the ball. But if the returner fumbles, the ball becomes live.

Canadian football is played on a field that’s 110 yards long and 65 yards wide. Goalposts are placed at the goal-line and end zones are 20 yards deep.

In the U.S., football fields are 100 yards long and 53 yards wide. The end zones are 10 yards deep with goalposts placed on the back line.

Fitting a Canadian-sized field into an American stadium proved to be an issue in 1995 during the CFL’s American expansion. That year, the Memphis Mad Dogs played their home games at the Liberty Bowl with end zones that measured 14 yards deep, among other challenges.

CFL teams must carry at least 21 Canadians on their 46-man game-day roster, with at least seven being starters. During the league’s U.S. expansion, American teams weren’t required to carry Canadians on their roster. One team _ Baltimore _ did the best job of finding American players suited to the Canadian game, reaching the Grey Gup game in both years it existed, and winning in 1995.

The timing of the CFL/XFL announcement is interesting. The CFL didn’t play in 2020 due to the COVID-19 pandemic and is also currently looking at a return to the field in 2021.

The league has released a full 18-game schedule for all nine teams for 2021 slated to begin June 10. But there are many who feel that remains an ambitious projection given the league’s return-to-play protocols remains with the six provincial health authorities where CFL teams operate.

The CFL’s top priority should be a return to play in 2021 because there are very serious and genuine concerns about the league’s ability to survive if it’s forced to cancel a second straight campaign.

If the CFL doesn’t get back to playing football this year, there could be no future partnership with the XFL to explore.

As important as a resumption of play is to the CFL, so too is doing so with fans in the stands. Ticket sales are a primary source of income for Canadian franchises and essential in 2021 given the CFL as a whole reportedly lost between $60-to-$80 million by not playing last year.

Canadians continue to receive vaccinations, raising hopes that fans will be allowed into the stands at some point in 2021. The question remains exactly when that will be.