COMMENTARY: Rick Zamperin: CFL delays 2021 kickoff due to COVID-19, but will a season still happen? 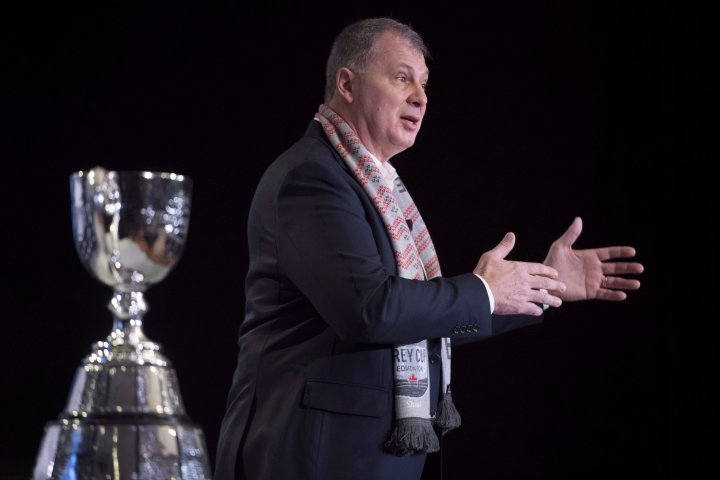 To no one’s surprise, the Canadian Football League (CFL) has pushed back the start of its 2021 season due to the COVID-19 pandemic.

The question now is, will the season eventually be played?

The league announced Wednesday that it aims to kick off the campaign on Aug. 5, nearly two months later than the original opener on June 10 between the defending champion Winnipeg Blue Bombers and Hamilton Tiger-Cats.

By postponing the start of the season, the CFL won’t be able to play a traditional 18-game schedule.

If everything goes according to plan, each of the league’s nine teams will play 14 games, and the Grey Cup championship will be played Dec. 12 at Tim Hortons Field in Hamilton instead of Nov. 21.

Read more:
CFL pushes back start to 2021 season, reduces number of games due to COVID-19

But — and there is a big but in this scenario — Ambrosie said the Aug. 5 season kickoff is a “target date” that is contingent on two things.

No. 1, the league must obtain a green light on its return-to-play plan from public health officials in the six provinces in which its teams are based to ensure players, coaches and fans remain safe.

Secondly, and just as important, the CFL must obtain government approval that would allow fans to attend games in person.

What is a significant number of fans?  Does that mean 20 per cent of a stadium’s capacity, or more? Fifty per cent? Higher?

Admitting that “fans in the stands account for at least half of our revenue,” Ambrosie said the league is able to get creative in its approach to holding a season in 2021, which should provide some optimism for CFL fans.

“If we are unable to host fans in the East because of COVID-19, we are prepared to start play in the West,” said the commissioner.

That’s an important point and harkens back to last year when the league and its owners were trying to figure out how to safely conduct an abbreviated season and reportedly discussed a bubble format, similar to what was used by the NHL, NBA and Major League Soccer to complete their respective 2020 regular seasons and playoffs.

Ambrosie also confirmed the league has contingency plans in place “should factors beyond our control” delay the start of the season beyond Aug. 5.

While not sharing any specifics, that could mean a western or eastern bubble, or just one bubble for all nine teams. It could also mean that if COVID-19 cases and the different variants are still a massive concern come the summer, the CFL could again push back the start of its season and play even fewer games.

As we all know, many things have to go right — including Canada’s much-maligned COVID-19 vaccine rollout — for the 2021 CFL season to go off without a hitch.

But I’m a glass-half-full kind of guy, and Wednesday’s announcement has me feeling a little more optimistic about the league than I have in a long while.

With that being said, is it August yet?