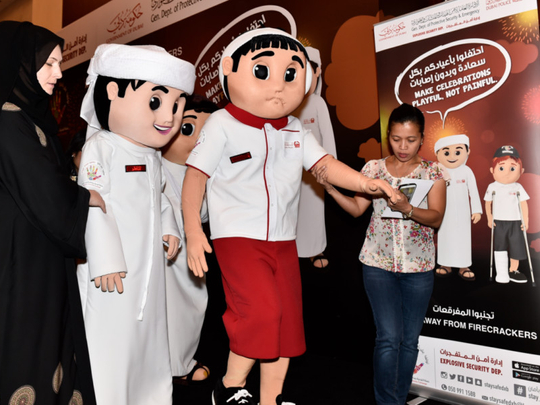 Dubai: Dubai Police have warned community members against the dangers of buying and selling illegal fireworks during Ramadan and Eid Al Fitr.

Major General Abdullah Ali Al Ghaithi, Director of the General Department of Organisation Protective Security and Emergency, said that an awareness campaign titled ‘Celebrate Safely’ has been launched to raise awareness among people about fireworks.

“Dubai Police are always keen on protecting the society from those who take advantage of the holy month and the joyful Eid to illegally sell firecrackers and endanger the lives of children and our society,” Maj Gen Al Ghaithi said in a statement.

He said that people must be aware that fireworks can cause burns, permanent or temporary injuries, and damage property.

Maj Gen Al Ghaithi urged parents to cooperate and report vendors or companies that sell material that may harm the community and monitor their children and prevent them from playing with fireworks.

According to the law, any person trading in, importing, exporting or manufacturing fireworks or getting them into or out of the country without a licence, shall be imprisoned for not less than one year and be fined not less than Dh100,000.

No Google sign-in on these smartphones after Sept 27 – Information