Most election experts agree that in-person voting went smoothly on Election Day in 2020, thanks to a record number of early and absentee votes, and local changes to lessen the risk of voting in a pandemic.

But one longstanding disparity appears to have persisted: Casting a vote typically took longer in poorer, less white neighborhoods than it did in whiter and more affluent ones.

Chance of taking an hour or more to vote in person on Election Day, by income percentile, based on an estimate of smartphone location data

On average, voters in poorer neighborhoods were more likely to experience long waits at the polls compared with voters in higher-income neighborhoods.

At the request of The New York Times, Cuebiq, a company that analyzes location data for advertisers and marketers, identified more than 250,000 likely voters across the country, based on anonymous smartphone location data and public databases of polling locations from Google and the Center for Public Integrity, a journalism nonprofit.

This analysis found that voters in the very poorest neighborhoods in the country typically took longer to vote, and they were also modestly more likely to experience voting times of an hour or more.

Analysts at Cuebiq identified likely voters as people who visited a polling location on Election Day, filtering out passers-by and people who either lived nearby or routinely visited that polling location on other days of the year. This technique is based on one developed by researchers in a study of the 2016 vote, which found similar differences. The data used by Cuebiq is imperfect, but it shows trends similar to those other researchers have found, both in 2020 and in previous elections.

Distribution of voting times in white and nonwhite neighborhoods

Most Election Day voters spent 20 minutes or less voting. But those in overwhelmingly nonwhite neighborhoods were more likely to experience the longest voting times.

Small variations in voting time — say, 16 minutes versus 19 — are not particularly consequential to the state of American democracy. The problem is at the extremes, when waits are so long that they may result in people leaving the line or not voting in later elections, and may even undermine confidence in voting and the democratic process itself.

In a 2014 report, a bipartisan commission on election administration concluded that no one should have to wait longer than 30 minutes to vote, finding that wait times longer than that are “an indication that something is amiss and that corrective measures should be deployed.”

“A cornerstone of our election process is fundamental fairness,” said Matthew Weil, the director of the Elections Project at the Bipartisan Policy Center, who has contributed to the center’s own research on wait times. “If different people are experiencing the election system, the voting experience, quite unequally, that’s a problem — full stop.”

This analysis includes observations in nearly every congressional district in the country with significant in-person Election Day voting this fall. 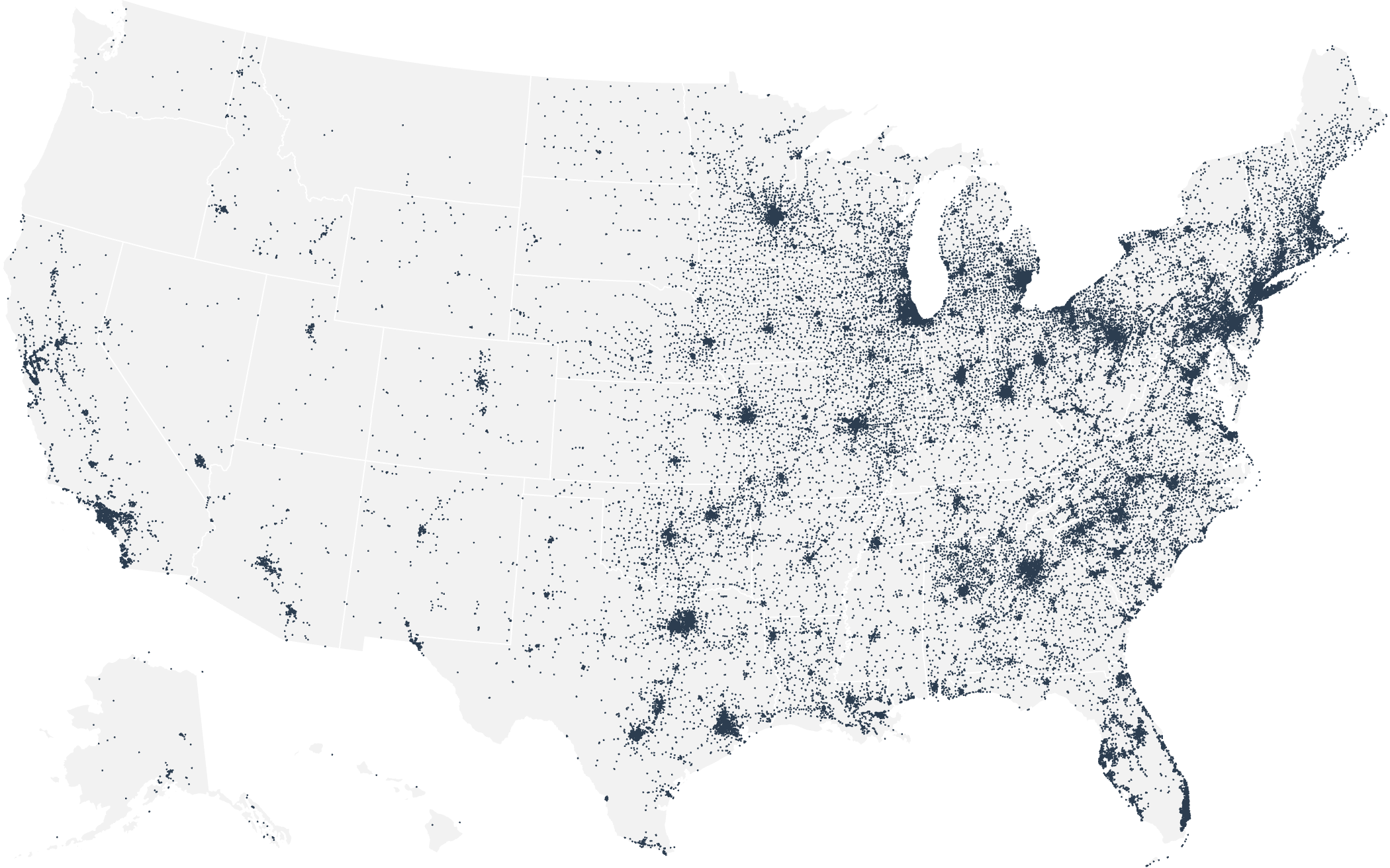 Most in-person voting was orderly

For most voters on Election Day, things went well. Most people in our data took 20 minutes or less to vote, an estimate consistent with news media reports and other observations from election observers.

The nonpartisan Lawyers’ Committee for Civil Rights Under Law, for example, runs a hotline so that voters can report any anomalies they experienced while voting. During the primaries and early voting, there were more than a thousand about long waits, according to Kristen Clarke, the organization’s president and executive director. But Election Day was quieter.

Compared with primaries and early voting, “we certainly didn’t receive the volume of calls and complaints about long wait times,” she said.

The 2020 Survey of the Performance of American Elections (S.P.A.E.), conducted by the Election Data and Science Lab at M.I.T., found that long waits were much more common among early voters than they were on Election Day.

The S.P.A.E. found that 14 percent of Election Day voters waited more than 30 minutes to vote, an increase from 2016.

The estimates from Cuebiq are somewhat higher, with about 30 percent of likely voters taking at least 30 minutes to vote, and about 15 percent taking an hour or more. But they reflect a somewhat different measure, too: accounting for the total time it takes to vote, including time spent entering and leaving a polling station, rather than simply waiting in line.

But the patterns they describe are consistent with what we know about Election Day voting, both in 2020 and in previous elections: Research shows nonwhite voters wait in line longer, even when accounting for other factors.

Smartphone location data is a novel way to estimate how long it took millions of Americans to vote, particularly for an election as unusual as the one in November.

What this technique offers is scale and specificity; it may be the only way to estimate wait times in tens of thousands of polling places across the country in a consistent way.

But smartphone location data has drawbacks, too. It is unlikely to be perfectly representative of the in-person Election Day vote. It misses people who don’t own a smartphone, which may leave out some older, poorer or more rural voters. And it includes only smartphone users who have certain apps that transmit their location.

Finally, and perhaps most crucially, it does not know the difference between a voter and a nonvoting visitor, like a poll worker or election observer, who may stay at a polling location for hours at a time. (For the purposes of this article, we have filtered out observations showing waits of three hours or more, to try to identify and filter out these kinds of visitors.)

[Read more about how your phone is used to track you, and what you can do about it.]

Charles Stewart III, a political science professor at M.I.T. who helps run the Stanford-M.I.T. Healthy Elections Project, said he finds these new methods promising but not without blemishes.

“We may not be able to trust it as being the measure that we want, which is, in my view, ‘How long did it take to get from the top of the line to the end of the line?’” he said. “You don’t take the actual numbers as ground truth.”

“I’m more willing to believe it as a way to identify a way to find places with the longest wait times.”

There are some places where we can compare estimates from smartphones with other detailed estimates from another source. One is St. Louis County, Mo., where poll workers were equipped with an online tool that allowed them to report how many voters were in line at any of the county’s more than 200 polling locations.

The data on the lines at those polling places, shared with The Times by election officials in St. Louis County, describes a distribution of the lines at polling places throughout the day. They measure slightly different things, but they do show a somewhat similar pattern:

Distribution of voting times in St. Louis County, according to …

Early and absentee voting seemed to make a difference, and, if continued, could play a role in lessening problems on Election Day.

“I would say it went pretty darn smooth for us,” said Eric Fey, the Democratic Director of Elections in St. Louis County. “There were some lines, particularly in the morning, but many voters came prepared to wait. Even if there was a line, people were pretty patient. And the lines were moving.”

Andrew Giuliani to problem Cuomo for NY governor: ‘Struggle of the century’

A ‘Neighborhood for All’? Not So Quick, This Wisconsin County Says