Fast & Furious 9, No Time to Die, Top Gun Maverick — 10 best action movies of 2021 from Hollywood to look forward to 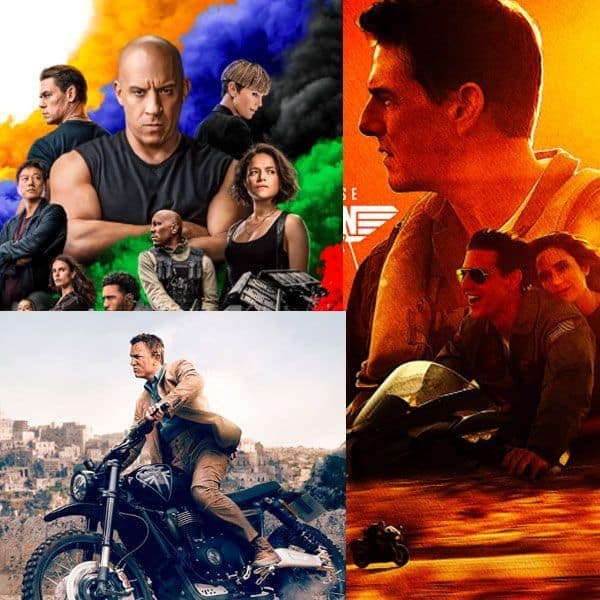 Every new year brings with it many different types of movies, which the audience keenly awaits. However, no genre makes more money at the box office collectively than action movies. There’s something about the escapism it offers that keep drawing people back to cinema halls (or, in the current case, on OTT platforms). Many a time, you’ll see an action movie as the top year-end grosser at the box office, and if not, then the total box office collection of all the titles release in a calendar year is usually head and shoulders above other genres, going to show that though action may not win many awards and snobbish critics may turn their noses at them, it’s one genre that families love to watch together as a welcome deviation from the daily grind. On that note, check out the ten best upcoming action movies of 2021 from Hollywood to look forward to (we haven’t included superhero movies as we’ll be preparing a separate list for that)… Also Read – Happy Birthday Daniel Craig : Here’s a look at 5 of his iconic roles that completely left us in awe of his charisma

Do we really need to elaborate why the Vin Diesel and John Cena headliner is the hottest action movie of 2021, especially after being delayed so long due to the coronavirus pandemic and in particular, after that rip-roaring trailer it recently dropped. Also Read – From Fast & Furious 9 to No Time to Die – here’s when these 5 hotly anticipated Hollywood movies will release in India [In Pics]

No Time to Die

Likewise, another film that has been delayed for long and fans can’t wait to see is Daniel Craig’s last outing as James Bond. Also Read – Ajay Devgn’s Maidaan and Jr. NTR-Ram Charan’s RRR set to clash with this HOLLYWOOD BIGGIE; former to shift release date? [Exclusive]

Director Matthew Vaughn’s third installment to his gleefully giddy Secret Service series, may take a completely different route to 007 and Mission Impossible, but that’s exactly why we can’t wait for the Ralph Fiennes and Gemma Arterton starrer.

Bob Odenkirk breaks his image to play reluctant action here, and reviews in the west are already praising the film and his performance sky high.

Jason Statham and Director Guy Ritchie reunite 23 years after Lock, Stock and Two Smoking Barrels and 21 years after Snatch, and we can’t wait for the what they have to offer.

Michael B. Jordan is one of the fastest-rising stars in Hollywood and taking on a role adapted from a Tom Clancy novel is only going to enhance his stock.

Few do B-action movies these days better than Frank Grillo, and when you have the legendary Mel Gibson and actress par excellence Naomi Watts for company, what’s not there to be excited about?

35 years after the first film had released, Tom Cruise returns to the role that set him on the path of being one of the biggest moviestars ever in the world.

Ryan Reynolds promises to bring all his crazy energy to a quirky concept like only he can.

Ryan Reynolds and his energy again, with Samuel L. Jackson and Salma Hayek, in the sequel to the best action comedy of 2018 hands down — take our money already.

So, which of these Hollywood action movies in 2021 make it to the top of your watchlist? Tweet and let us know @bollywood_life .