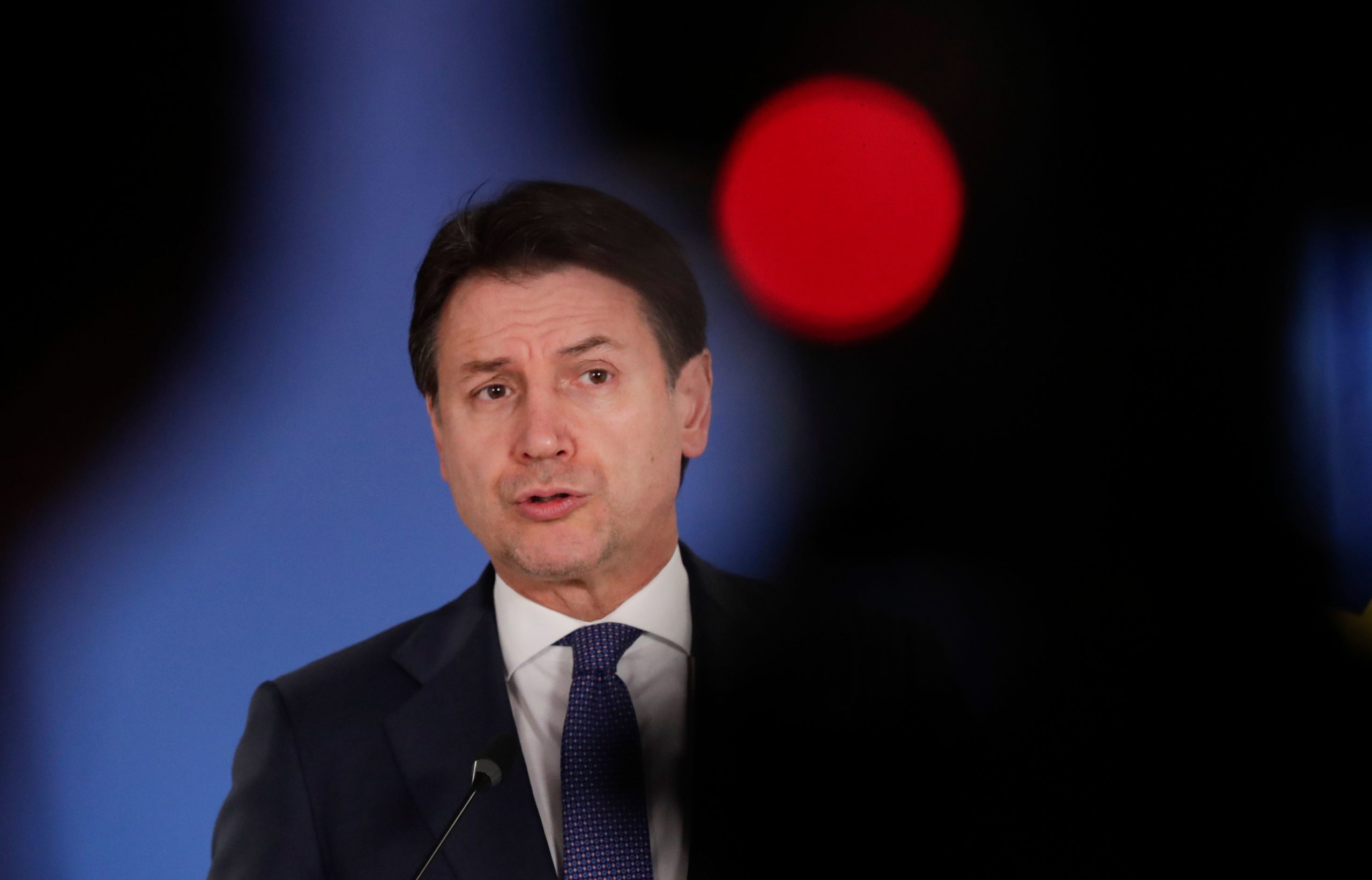 Support for the maverick political party has collapsed since it entered government in 2018, as the compromises needed to run a country alienated many of its former voters.

As prime minister between 2018 and January this year, Conte oversaw two separate 5Star-led coalitions, but did so without joining any political party.

Now, after the 5Stars became part of another coalition — this time under a new prime minister in former European Central Bank chief Mario Draghi — Conte has decided to throw in his lot with the 5Stars and try and help the party rebuild.

In a 34-minute video released last week, Conte said he had accepted the challenge of “re-founding” the 5Stars, following a plea from its creator, comedian Beppe Grillo.

Laying out his vision, Conte said that the remodeling “can’t just be marketing,” rather it must be “a complete regeneration … without rejecting our past and the experience gained.”

Time is tight for Conte with local elections in major cities scheduled for September or October this year and his new party struggling for momentum. Since it took 33 percent of the vote in national elections in 2018, more than any other party, the 5Stars have seen support gradually slump to less than half that.

Conte’s plan appears to be to try and turn the party, which has since its founding in 2009 been a loosely structured, often anti-establishment entity, into a more traditional political party.

In his video, Conte laid out a progressive agenda, with a focus on the green transition, fighting inequality and battling corruption in politics, and he appeared to be definitively ditching the anti-immigration, Euroskeptic outlook that was part of the more “all-things-to-all-people” early 5Stars.

Managing this transition without compromising the movement’s core identity in a way that further alienates supporters will be a challenge, analysts say.

“They have silently abandoned their flagship policies and those remaining have now become mainstream, which inhibits their ability to present themselves as a force that has something to say,” said Wolfango Piccoli, a researcher at risk analysis company Teneo. “Novelty is hard to regain.”

Conte, while not formally declared leader yet, is taking the reigns at a time of turmoil for the movement, which has been under interim stewardship since January 2020 when Luigi Di Maio, now foreign minister, resigned amid widespread defections by party figures.

After Conte was ejected as prime minister in January, a raft of 5Star MPs and senators were expelled after they defied the leadership and refused to support the new government led by Draghi, whom they associate with harsh austerity measures introduced in 2011.

“The 5Star Movement is like the ex-Yugoslavia after the death of Tito, with different factions always attacking one another,” Rome-based activist Massimo Lazzari said.

With his background as a lawyer and academic before entering politics, it is hoped that Conte’s professional experience will enable him to build a new party structure from scratch. He has already said the party needs a new training center and an office to handle relationships with foreign political parties.

“He is from the south, he is good communicator, speaking directly to the people on social media, often cutting out more traditional media,” said a former 5Star communications staffer who didn’t want to be named.

And while he was ultimately dumped as prime minister after the governing coalition collapsed, Conte’s handling of the pandemic still earned him approval ratings as high as 60 percent for much of last year.

Polling now suggests that Conte’s leadership could give the 5Stars a 6-7 percentage point lift in the polls if it can attract moderate, left-leaning voters from the Democrats.

However, some doubt this.

“Conte has disappeared for the past two months. Is he really such an asset or are [the 5Stars] desperate?” the analyst Piccoli said.

Also problematic could be the uneasy relationship between the party’s leadership and its membership base, which Conte did little to address in his video.

For example, he did not say what his new role means for a recent decision that party members backed — to replace a single leader with a council of five.

Nor did he make clear what would now happen to the 5Stars’ participatory democracy platform, known as “Rousseau,” which members use to vote for policies and candidates.

Conte promised to hold further talks on the party’s direction after Easter, with its first big test looking to be local elections in major cities, including Rome, Milan and Naples, slated for the fall.

Before then, observers say Conte might look to strike a more stable deal with the Democrats, which some believe could be a smart move because of overlapping views on policy.

The Democrats “are establishment with experience of government and public administration, while 5Star brings more vitality and authenticity,” said the communications staffer.

But before he can forge any coalitions, Conte will need to bring his own fractious party together.

Rome-based activist Lazzari said being an outsider could work in his favor.

He noted an Italian custom dating back to medieval times that saw outsiders often brought in as mayors in cities riven by internal conflict in an effort to keep the peace.

As an outsider in a party that was built on smashing traditional power structures, this may be one tradition Conte hopes will hold.

The Latest: US 7th Fleet: 96% of personnel fully vaccinated