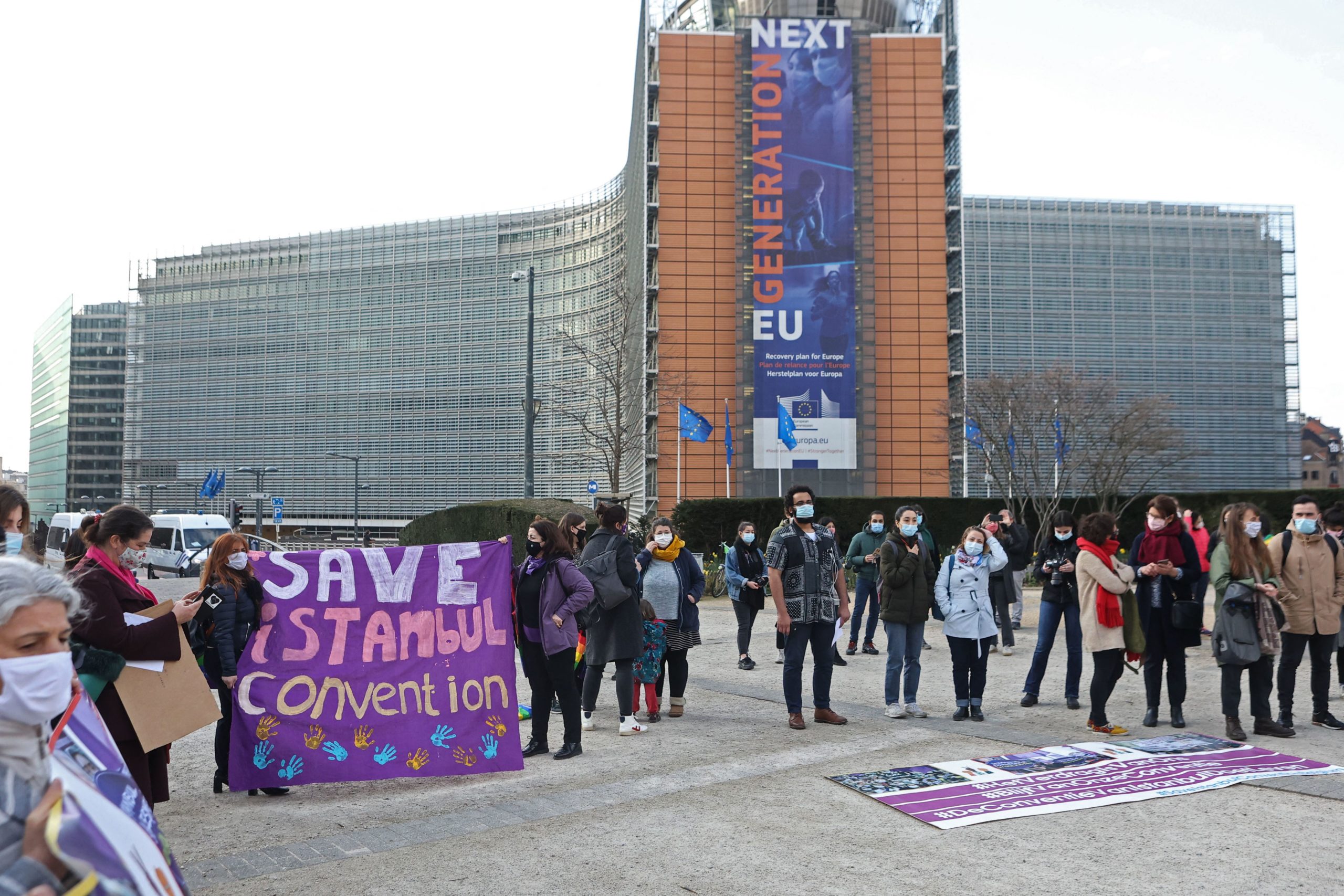 It once seemed relatively uncontroversial: a 25-page document meant to reduce violence against women across Europe.

But a decade later, the initiative, known as the Istanbul Convention, has unexpectedly become a proxy fight for the larger culture wars brewing between East and Western Europe.

The backlash centers on a semantic dispute that was not the main focus for the document’s authors 10 years ago: how, exactly, to define “gender.” To a crop of increasingly socially conservative European leaders, the document’s definition is a surreptitious means to erode distinctions between men and women and “normalize” homosexuality. To the rest, the issue is not the definition, but what they see as a politically motivated interpretation spread using disinformation.

The division is a concerning development to many European officials and women’s rights advocates, raising questions about the Continent’s ability to effectively protect against gender-based violence and driving a further wedge between progressive and conservative forces in Europe. In the process, they warned, women’s lives are being put at risk.

“This is not just against the Istanbul Convention, it is also an anti-European, and an anti-EU gesture,” said Daniel Höltgen, spokesperson for the Council of Europe, the international organization of 47 European states that produced and oversees the convention. “It’s traditionalists against progressives in Europe.”

Höltgen added: “The convention is against violence against women and nothing else.”

The document was intended to provide the bloc and other non-EU signatories with legally binding standards to “protect women against all forms of violence,” including sexual harassment, stalking and forced marriage.

At the time of its drafting, the issue was less about gender than it was about the scope of violence, said Johanna Nelles, one of the document’s authors who also assisted the drafting committee in its negotiations.

“It was to what extent the convention should focus specifically against violence against women … or whether the scope of application extended to men and boys,” said Nelles, who now leads the Council of Europe’s efforts to get countries to implement the text.

Nelles said the document had to define gender since it was trying to address gender-based violence. The word appears 25 times in the text and is defined as “the socially constructed roles, behaviours, activities and attributes that a given society considers appropriate for women and men.” Often, the word shows up as part of terms like “gender-based violence,” “gendered understanding,” “gender-sensitive” or “gender equality.”

“Gender is the recognition that society subscribes us all certain roles, behaviors and activities that are considered appropriate for women and men,” Nelles said, noting that “many” of these roles “contribute to the perpetration of violence.”

Nelles admitted feeling surprised at the current outcry over the document in Eastern Europe, arguing the topic had been co-opted by “social movements, conservative think tanks [and] religious extremists who have a vision that doesn’t comply with women’s rights.”

Indeed, the convention has been swept up in disinformation campaigns and used as populist propaganda.

And opposition is growing across Eastern Europe.

The EU as a whole has not ratified the text in part because six signatories — like Hungary, Bulgaria and the Czech Republic — haven’t made the document’s text legally binding.

EU member Poland ratified the text in 2015, but is now questioning its content under the ruling conservative Law and Justice party. Its leaders are hung up, like others, on the document’s use of the word “gender.” Last month, the Polish parliament’s lower house voted to submit a bill called “Yes to Family, No to Gender” to parliamentary committees for examination.

In Hungary, parliament refused to ratify the Istanbul Convention in 2020 after Viktor Orbán’s government described the measure as promoting “destructive gender ideologies” and “illegal migration,” according to news reports.

In Slovakia, lawmakers voted in 2019 against ratifying the convention.

But Turkey has grabbed the most attention in recent weeks after President Recep Tayyip Erdoğan pulled out of the convention by presidential decree.

“The Istanbul Convention, originally intended to promote women’s rights, was hijacked by a group of people attempting to normalize homosexuality — which is incompatible with Turkey’s social and family values,” his office said in a statement following the announcement of Turkey’s withdrawal.

The topic was top of mind for EU leaders when they traveled to Turkey this week to discuss migration and the customs union. European Council President Charles Michel and European Commission President Ursula von der Leyen took the opportunity to also confront Erdoğan about his decision.

“I am deeply worried about the fact Turkey withdrew from the Istanbul Convention,” von der Leyen told reporters at a press conference following her meeting with the Turkish leader. “This is about protecting women and children against violence. The EU will never hesitate to point out further negative actions.”

Von der Leyen’s comments reflected the growing fears in Brussels and at the Council of Europe’s headquarters in Strasbourg that other skeptics could follow Turkey’s lead and withdraw fully, further derailing the EU’s effort to ratify the convention as a bloc — an endeavor that is already on the rocks.

Council of Europe officials and gender equality experts argue the Istanbul Convention has nothing to do with homosexuality. In many countries, they note, the document has served as a model to better define gender-based violence, increase financing to support victims and set up help lines and shelters. Such efforts have been especially important during the pandemic, when domestic violence has surged.

“In Sweden, following the entry into force of the consent-based legislation on sexual violence, the number of prosecutions have gone up because many cases that used to be disqualified as rape can now be prosecuted,” said Marceline Naudi, who chairs the Council of Europe’s expert body that monitors the convention, during a recent online conference on the issue.

“This demonstrates both the transformative momentum created by the Istanbul Convention as much as the high degree of engagement among state parties,” Naudi added.

Still, the EU is making alternate plans, sensing it may never be able to ratify the Istanbul Convention as a bloc. The European Commission recently announced it would launch a new legislative proposal to “combat gender-based violence” by the end of the year. The EU could then, potentially, adopt the new legally-binding text via qualified majority, avoiding the need for unanimous approval.

“The current ill-founded attack on the convention is putting women’s and victims’ lives at risk,” Helena Dalli, the EU’s equality commissioner, told ClixkPlayNews. “Instead we must double down against violence and ensure that all member states have the best legislation to address this form of violence.”