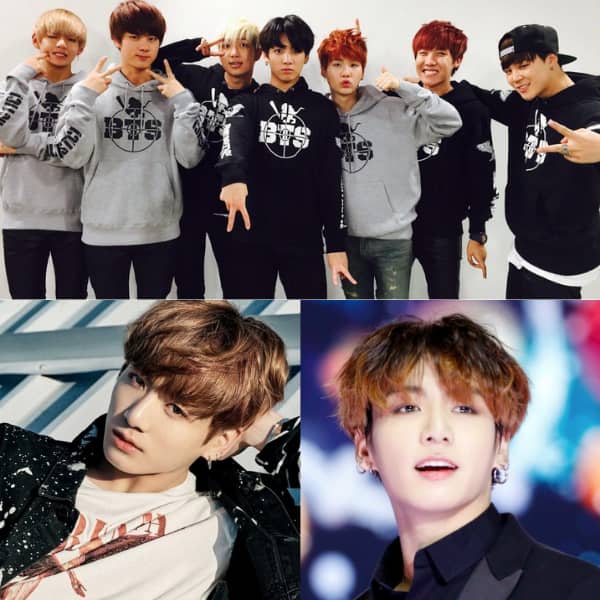 Jungkook is the cutest member of BTS, and however much we say it, it won’t be enough. Jeon Jungkook is the maknae of the most popular Korean pop band, BTS. Being the youngest of the lot, Jungkook always gets a lot of attention, be it for pulling pranks or even for doing chores and running errands for his hyungs. And the lad never says no. We stumbled upon a video of Jungkook, a compilation of moments wherein he was asked some or other thing by his hyungs and he obliges without a word. From being asked by Taehyung to get the basketball out which was stuck on the shelf, to helping Suga, Hobi and others cook, arranging groceries and more, Jungkook is their go-to man. Also Read – BTS: This throwback video of Jungkook’s vision of adult life will make you laugh out loud

There’s a video wherein J-Hope asks Jungkook to wash the ingredients. He happily takes them to the trailer to wash. However, he wonders how many of them (fruits) should he wash. We just cannot stop gushing over how cutely he obeys and helps his hyungs out whenever they look for him. There’s also a video in which we can see Jungkook addressing the same. He says, “I don’t know why they always look for me, but I think it’s a good thing that they keep looking for me. That means I am helpful [laughs]. They call me because they know I can do something.” Also Read – Hollywood News Weekly Rewind: Fast & Furious 9’s mega-surprise, Priyanka Chopra’s appeal to POTUS Joe Biden, Oscars 2021

Jungkook never feels bullied that way, in fact, if anything, he just feels proud. “It feels quite good. I feel proud.” Jungkook is a doting assistant to anyone. Once, Suga was cooking a meal for everyone and he asked for an extra onion from Jungkook. He not just brought it for him but stood by his side and observed. Further, when Suga asked him to gather the peeled skins and throw them in the dustbin, he got to work without a word. There are more such instances when Jungkook has obliged without questioning further, like the instance where he didn’t want to have a strawberry, but he eventually gave in to J-Hope’s persuasion. Have a dekko at the video here: Also Read – Guess who! BTS’s Jungkook REVEALS he would like to spend one day as THIS member

What do you have to say about this habit of Jungkook’s? Let us know by tweeting @bollywood_life.