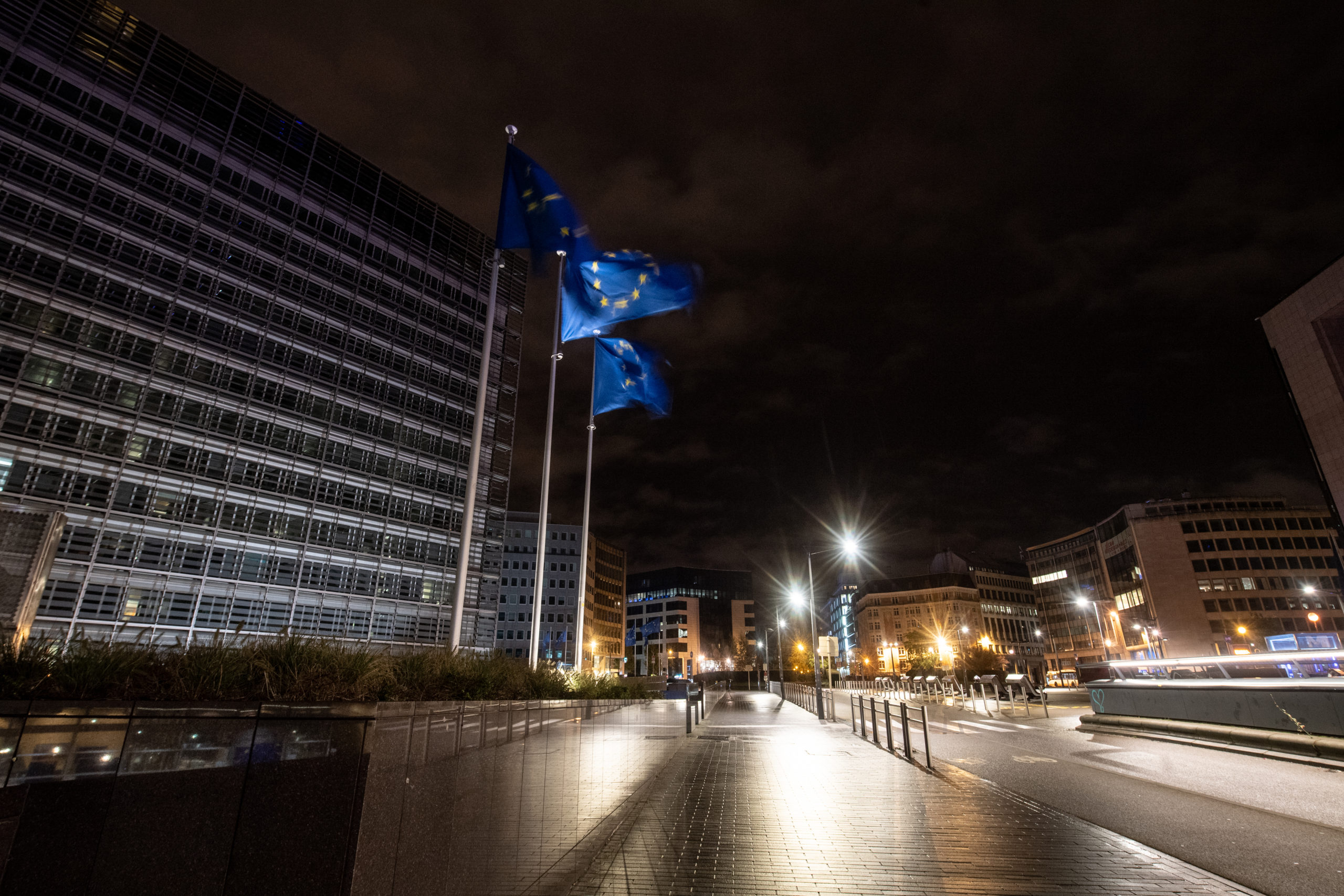 At the best of times, streets surrounding the EU institutions feel about as welcoming as the dense legal texts being worked on in all the gray office blocks.

But an even more suffocating shroud fell on this part of the European capital late last year, when Belgium entered a seemingly never-ending state of lockdown to cope with rocketing COVID cases.

In early April, the urban sprawl between the Council, Commission and Parliament is a bona fide ghost town. The sharp-suited diplomats striding into the Council’s Justus Lipsius headquarters are gone and the gaggles of journalists rushing toward the Commission’s Berlaymont HQ with outstretched microphones are nowhere to be seen.

The lobbyists usually rushing after all of them have had to adopt other tactics, and the pubs and cafés where all three groups would hobnob and gossip are open only for takeaway or closed completely, some never to return.

A motley crew of taxi drivers, soldiers and security guards are the new inhabitants of this forgotten landscape. Often bored, sometimes smoking, their suspicious faces seem to ask: “What are you still doing here?”

In the windows of the European Commission’s deserted buildings, the only signs of life are the potted plants, and it’s uncertain how long they’ve got left.

Down below, a handful of teenage skateboarders have reclaimed the territory in an act of urban rewilding, clattering up and down on weather-beaten sculptures. Give it a few more lockdowns and maybe we’ll see boar and deer.

The area is such a wasteland, it begs the question: is the EU still really here at all?

Are the empty office buildings and blue-and-gold flags enough to maintain the European project’s center of gravity in this tangle of forlorn streets?

Perhaps the Commission should set up a taskforce to investigate. It could start its mission right outside the Commission’s HQ, where a new visitor center remains sealed shut. In this Pompeiian terrain, the construction smacks of the hubris of a crumbled empire.

Continuing their expedition, the investigators could venture onto Rue Stevin, where the restaurants usually hum with the sound of clinking glasses and chattering staffers. Rue du Taciturne is living up to its name, they would likely note. Production has slowed down at the Sushi Factory and the chairs are stacked up at the Meeting Point pub.

The taskforce could consider how to breathe life back into the EU Quarter when the much-promised “new normal” finally arrives.

The simplest option could be to transform the area into an enormous outdoor meeting room for the European Council, where leaders can safely interact at a distance through megaphones. Angela Merkel and Emmanuel Macron could stand atop the Europa building’s distinctive egg, shouting instructions to other heads of government on the streets below.

Alternatively, how about turning it into a life-size version of another Brussels tourist attraction, Mini-Europe, where visitors can come and marvel at how quaint the buildings are?

Whatever happens, the EU Quarter is unlikely to ever be the same again. Whether that’s a good or bad thing is another matter.