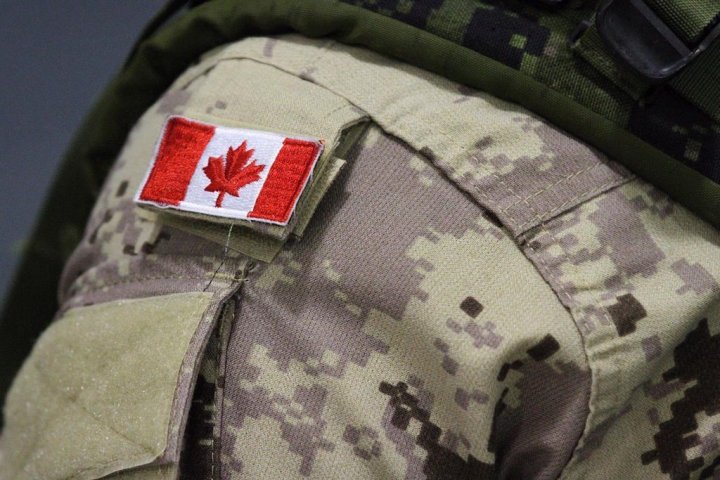 The current military ombudsman on Thursday rebuked recent claims by Defence Minister Harjit Sajjan that his predecessor could have and should have done more to act on a 2018 informal complaint made against Gen. Jonathan Vance.

Gregory Lick, who replaced Gary Walbourne as the military ombudsman in November 2018, rejected Sajjan’s assertions about what powers the office had to probe the complaint. Lick went on to say that faced with the same situation, he would have handled the matter exactly as Walbourne did by bringing it directly to Sajjan.

“Second, I must stress that my office cannot and will not investigate matters without the consent of the complainant, no matter what the nature of the complaint.”

Lick cited the testimony previously given by Walbourne to the national defence committee probing the matter of military sexual misconduct allegations, in which Walbourne said the complainant would not let him share the details of her complaint, and wanted assurances it would be taken seriously.

“Third, the current reporting structure of the ombudsman is directly to the minister of national defence – not to the Privy Council Office or any other body. This is a critical point that needs to be made in order to correct the record,” Lick said.

“Had I been faced with the same facts, I would have done exactly as my predecessor did. I would’ve reported the facts within my direct reporting structure. There was no other body to which the complaint could have been referred.”

When pressed by a Liberal MP as to whether he would then pass any complaint to the Sexual Misconduct Response Centre or any other authorities to investigate, Lick was unequivocal.

“My office cannot go to any external body without the consent of the complainant,” he said.

“That’s the most important part, I think, of this whole discussion.”

Lick’s testimony came as the committee is probing the matter of allegations of high-level sexual misconduct in the Canadian Forces, as one of two such probes launched in the wake of Global News reporting on Feb. 2 that Vance is facing two allegations of inappropriate behaviour.

Lt.-Col. Eric Leblanc, commander of the Canadian Forces National Investigation Service, told the committee that while military police have worked with the ombudsman’s office before on misconduct allegations, they have done so “only when there is a desire” by the complainant to investigate.

He also appeared to cast doubt on Sajjan’s assertions that for him to hear the allegation against Vance — or to follow up on the abandoned initial attempt by Privy Council Office to ask Walbourne to share details of the complaint — would have amounted to “political interference.”

“Asking me to examine and look at would not be interference,” said Leblanc.

“Interference would be improper conduct during an investigation, as it relates to CFNIS.”

Sajjan and Liberal MPs on the defence committee have argued that it was the former ombudsman, not the minister, who failed to act on a 2018 allegation against Vance.

But federal officials have been told multiple times since 2014 that the office of the military ombudsman was not the proper venue for probing sexual misconduct in the Canadian military.

“What role, if any, do you think the ombudsman should have in relation to sexual misconduct complaints that may go into his office?” asked Liberal MP Joyce Murray in a May 25, 2015, defence committee meeting with former Supreme Court justice Marie Deschamps, following her landmark report detailing “endemic” sexual misconduct throughout the Canadian Forces.

“In my report, I say that he should not be referred to as an element of the solution for the victims,” said Deschamps in response to the question. “That’s clear enough.”

“Okay, so people should know that’s not where they go,” said Murray, now a Liberal cabinet minister, about the ombudsman’s office.

Deschamps appeared at the committee on Thursday following the appearance by Lick.

She emphasized the findings of her 2015 report, particularly that cultural change in an institution like the Canadian Forces can only succeed if there is an example being set by those at the very top.

“It is a very well known management rule that without the personal engagement of the senior leadership, there will be no change in culture,” she told the committee.

“The years that passed only made it more difficult to restore trust in leadership, and I can only hope the new leaders understand the challenge and will rise to the occasion.”

READ MORE: Trudeau says his office knew in 2018 a Vance allegation was passed to officials

Deschamps’ report in 2015 had emphasized the challenges facing military members coming forward with allegations of misconduct because of the lack of independent reporting structures, and a culture of minimizing such behaviour within the military chain of command.

The need for an independent reporting structure was repeated again on Thursday.

“It may be time now that someone acts as a watchdog more closely,” she said.

Lick made similar comments during his testimony, and stressed that the Sexual Misconduct Response Centre set up in the wake of the Deschamps report is not the avenue for probing complaints.

“The SMRC is not an investigative body. It does not investigate complaints. It is primarily there in this situation to provide support and information to members who suffer particular sexual misconduct,” he said, stressing that the need for an independent body is clear.

“That is what we owe these victims – owe these survivors.”

Military officials first promised an independent review in early February, just days after Global News first reported on the allegations against Vance. Since then, Adm. Art McDonald has stepped aside temporarily as chief of the defence staff following an allegation against him, and the fate of such a probe is unclear.

The federal government has reiterated pledges for an independent probe.

However, it has now been nearly two months with no details of any such examination, or any progress towards creating a mechanism that would independently handle misconduct complaints.

In Washington, Policy Revolves Around Joe Manchin. He Likes It That Way.

The Latest: Brazil daily deaths near 4,000 amid virus surge