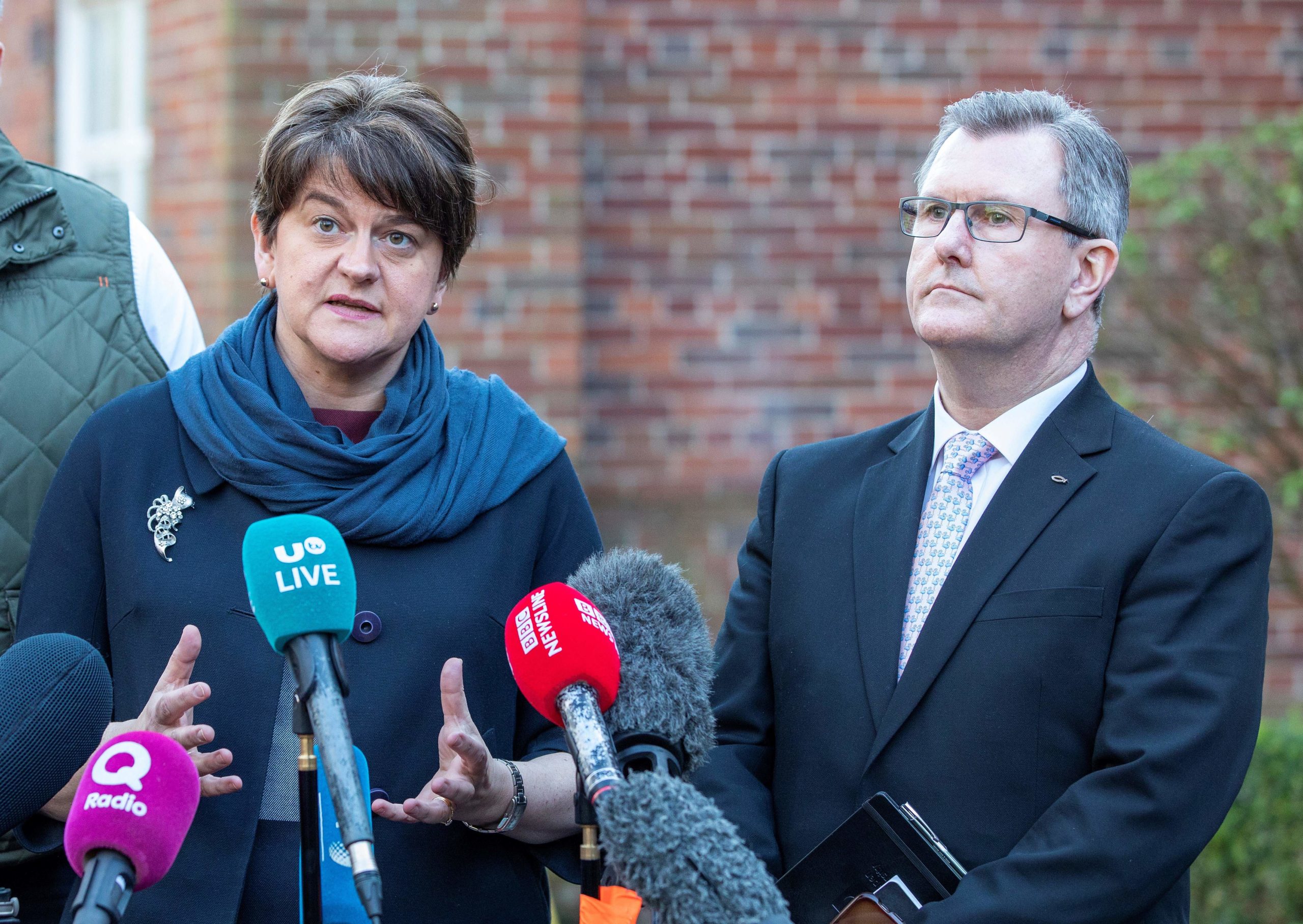 DUBLIN — Lawmaker Jeffrey Donaldson will launch a bid to become the next leader of Northern Ireland’s governing Democratic Unionist Party on Monday, a senior party source told ClixkPlayNews, setting up the first leadership contest in the party’s 50-year history.

She was forced to resign after party officials withdrew support amid anger over the Brexit trade deal’s Irish protocol.

Foster is set to step down as leader of the British Protestant-backed party in late May, and as leader of Northern Ireland’s five-party government a month later.

Donaldson’s campaign launch will be timed to coincide with Monday’s official 100th anniversary of the foundation of Northern Ireland. Poots announced his bid on Thursday.

A battle between centrist Donaldson and hardliner Poots will offer a clear-cut choice for a party that is fearful of losing its position as the biggest force in the Northern Ireland Assembly.

Its top spot is threatened by Sinn Féin, the Irish nationalist party which is the DUP’s bitter rival and main partner in the region’s coalition government.

Regional elections must be held by May 2022 but could come sooner if tensions continue between the DUP and Sinn Féin.

As agriculture minister, Poots has taken unilateral steps to frustrate the smooth rollout of EU customs and sanitary checks on goods arriving from Britain. That key requirement of the Brexit deal’s Irish protocol is deeply resented by many unionists.

Poots’ campaign claimed Saturday to have received majority backing already from the party’s 36 voting members: its eight MPs in the U.K. House of Commons and 28 members in the Northern Ireland Assembly.

Donaldson’s camp says the race is still open and their man will gain high-profile endorsements from centrist and urban voices after he officially declares his interest.

Whether Donaldson is any less stubborn than Poots on U.K. constitutional and Brexit matters is open to debate. But he does offer a more nuanced view on maintaining cooperation with the Republic of Ireland, an important plank of the 1998 Good Friday peace accord.

Instead, Poots reportedly aims to delegate the first minister job to a senior deputy while he focuses on strengthening the party’s appeal ahead of the next assembly election.