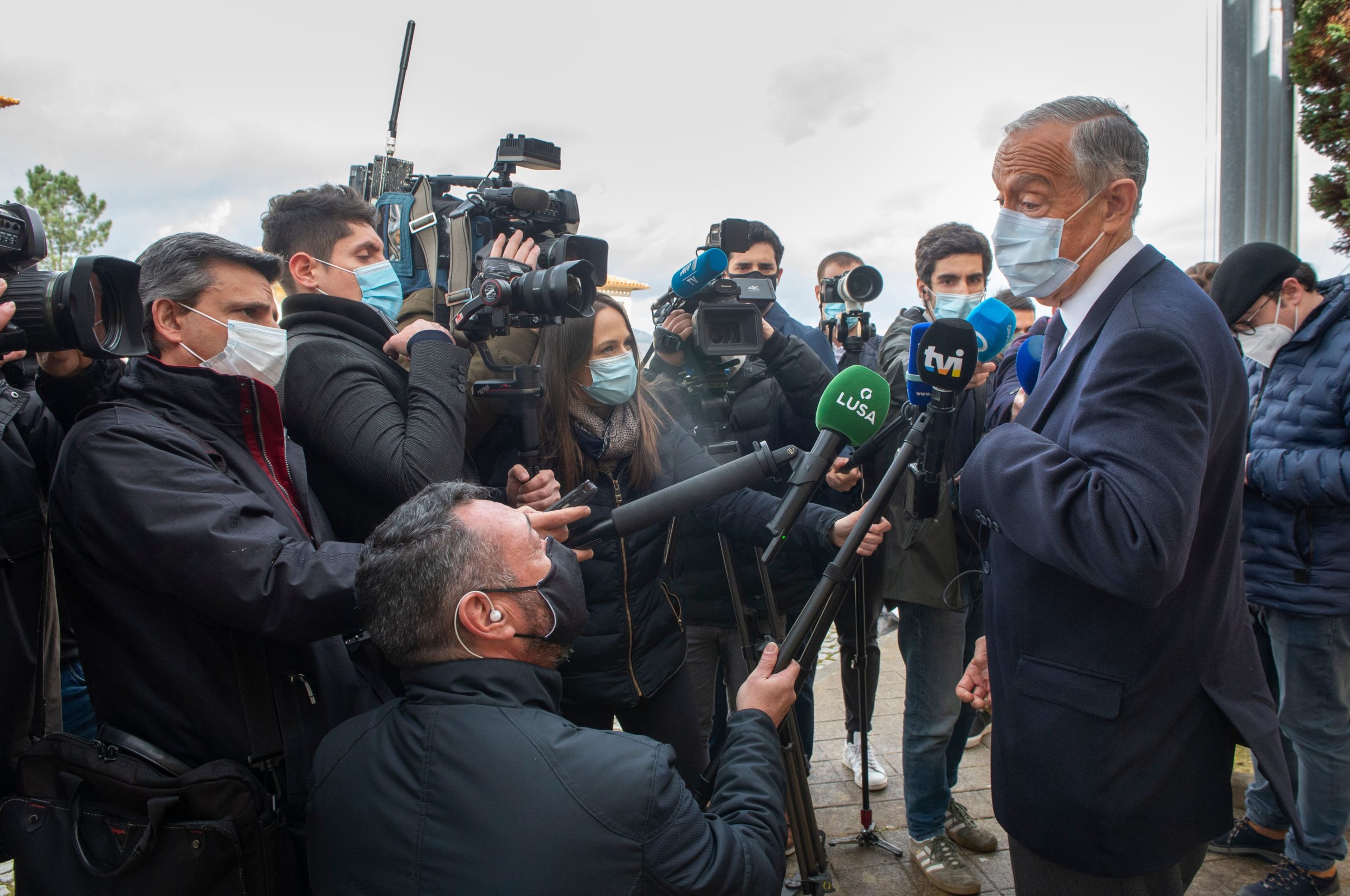 LISBON — Portuguese President Marcelo Rebelo de Sousa won a landslide reelection Sunday with 60.7 percent of the vote, after a campaign marked by a surge in coronavirus infections that has pushed the country’s health service into crisis.

Despite anguish over the virus and its economic impact, voters opted for continuity in backing the center-right incumbent, who has worked closely, but critically, with the Socialist government of António Costa throughout the pandemic.

“Democracy was not defeated by the pandemic,” Rebelo de Sousa said in a somber victory speech that began with a tribute to COVID-19 victims.

“From my heart, I’m honored by your trust amid these conditions that are so much more difficult,” he told voters.

Second place went to Ana Gomes, a Socialist running without official support from her party. The long-time member of the European Parliament, who campaigned on a strong anti-corruption and human rights platform, scored 12.9 percent of the vote.

Much attention was focused on populist André Ventura. Over the past two years, he has made the far right a force in Portuguese politics for the first time since a 1974 revolution toppled almost 50-years of fascist-style dictatorship.

Ventura failed in his attempts to force a runoff, get more votes than all left-wing candidates combined, or win second place.

“I secured my central objective, the patriotic objective … of preventing the ultra-right from emerging as a possible alternative,” said Gomes.

However, Ventura’s 11.9 percent was more than nine times the score of his Chega party in the 2019 parliamentary elections. And he came a clear second in several districts, scoring up to 20 percent in some former strongholds of the Portuguese Communist Party (PCP).

Ventura had made a pre-election pledge to step down as party leader if he finished behind Gomes. But he has resigned before, only to be quickly reelected by party activists.

The Communists and their far-left rivals, the Left Bloc, fared badly.

João Ferreira of the Communists scored 4.3 percent, close to the party’s worst showing. Finishing behind Ventura in the PCP’s rural heartland in the southern Alentejo region was a bitter blow.

His fellow MEP Marisa Matias, of the Left Bloc, scored 3.9 percent, less than half her score when she ran against Rebelo de Sousa five years ago.

The election was held as Portugal endures one of the world’s highest rates of coronavirus infection. The nation of 10 million recorded 11,721 new cases Sunday and 275 deaths, a new record.

Turnout fell to a record low of 39.5 percent, compared with 51.3 percent in 2016. Although lockdown restrictions were relaxed for the election, voters appeared to have been put off by polling stations where masks, distancing and disinfectant were obligatory.

Abstention rates were also boosted by changes in the electoral law that automatically included 1.5 million Portuguese emigrants around the world on the rolls, even though they rarely vote.

Most executive power in Portugal lies with the prime minister and their government, but the president wields considerable influence. They can dismiss ministers and order reviews of legislation.

Rebelo de Sousa, 72, had the support of the main center-right opposition party, which he used to lead, plus broad support from the left thanks to his centrist, consensus-building approach during his first term. Costa gave him unofficial support and decided not to run an official Socialist candidate.

As well as easily clearing the 50 percent hurdle needed to avoid a second-round runoff, Rebelo de Sousa looks came first in every one of the country’s 308 municipalities.

In his victory speech, Rebelo de Sousa appealed for unity in fighting COVID-19 and pledged to focus his second term on ensuring a quick and effective economic recovery.

Known widely simply as Marcelo, he also earned the nickname “President of Affections” thanks to his pre-pandemic habit of posing for selfies with any voter within reach. A constitutional lawyer and former TV pundit, he is strongly pro-European and describes his politics as “social right.”

Another center-right candidate, Tiago Mayan Gonçalves, of the Liberal Initiative party scored a respectable 3.2 percent, doubling the party’s score from the 2019 parliamentary elections, where it gained its first seat.

Rupee Appreciates 4 Paise To 72.93 Against US Dollar In Early Trade