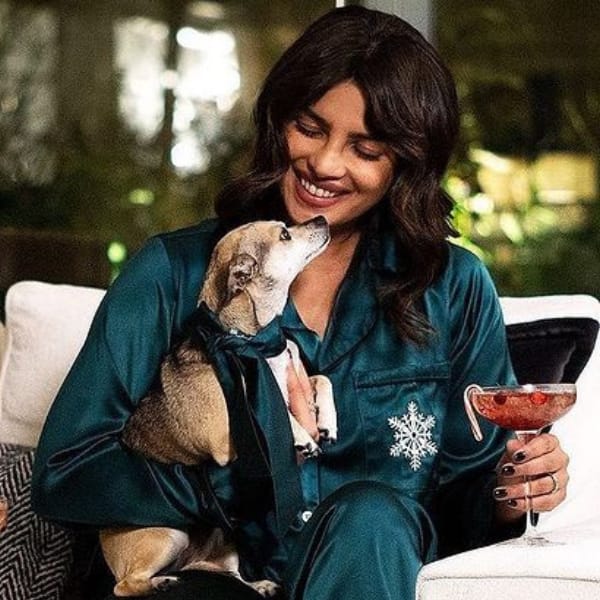 Priyanka Chopra Jonas has been shooting for her upcoming Hollywood projects as of now, which include, Matrix 4 and Citadel. The actress was fairly new and did not know anybody back when she moved to New York after her father’s demise in 2013. She had been wanting to focus on the opportunities in Hollywood and hence, to manage the same, the actress shifted to NYC. Now, in an interview, the actress recalled getting herself a pooch, Diana as she wanted someone to get home to. The White Tiger actress had been shooting for Quantico and had been living all by herself in such a big city. While talking to Financial Times, Priyanka Chopra said, “Diana was the first pup that I fully took care of. She’s from North Shore Rescue in New York, and she chose me. It was four years ago, at a time in my life where I was really low: I had just moved to the States, I was mourning my father’s death, I didn’t know anybody. I was working on Quantico for ABC and going back home on my own.” Also Read – Woman Crush Wednesday: 5 reasons why there is no one like Priyanka Chopra

Priyanka Chopra said that she would have someone take care of Diana and the latter would take care of her in return. “Diana had been rescued from the streets of Atlanta. She’s a chihuahua-terrier mix, I think, but we’re not completely sure. I had no idea what to do with a pup, but it was she and I, alone in New York City. It was Diana I snuggled into and Diana who barked whenever the door opened. With Diana, I had somebody to take care of and, in return, she took care of me.” Also Read – Priyanka Chopra drops a hint about her next Bollywood film — view tweet

Sanju Samson looked on exasperatedly after his monumental effort to take Rajasthan Royals home in a nail-biting chase ended in ...