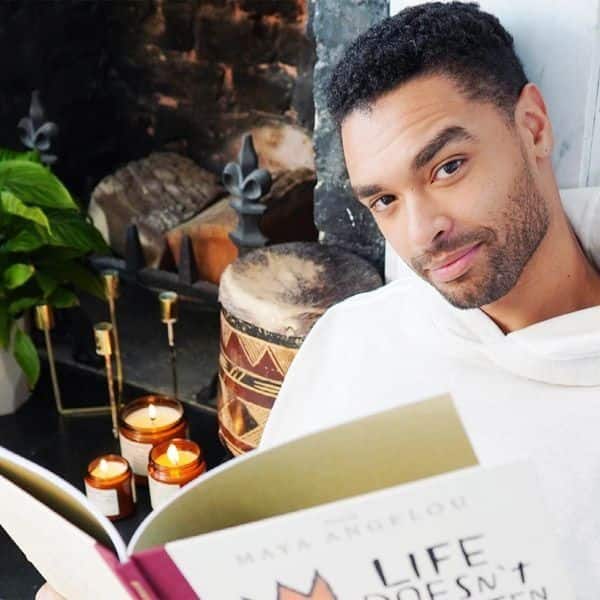 British actor Regé-Jean Page took the world by storm with his performance as the Duke of Hastings in Bridgerton. While everyone was excited about the Netflix web series’ renewal so that they could ogle at their duke once more, our hearts were left broken, rather shattered. On 2 April, Netflix announced via a letter from Lady Whistledown that Simon, the Duke of Hastings, would not return in the Bridgerton season 2. It stated: “We will miss Simon’s presence onscreen, but he will always be a part of the Bridgerton family.” Also Read – Mira Kapoor’s reaction to Regé-Jean Page’s exit from Netflix web series Bridgerton is basically all of us

Soon after, Page took to his social media page and shared a farewell message that made the ache all the more unbearable. He called the role “an absolute pleasure and privilege” and thanked “the incredibly creative and generous cast and crew” and all of us – his “outstanding fans”. He also said, “It’s all been beyond anything I could have imagined. The love is real and will just keep growing.” Also Read – Regé-Jean Page, Phoebe Dynevor, Luke Newton, Freddie Stroma: Here’s all the dope on the love lives of your favourites from Bridgerton

However, in a recent interview with Variety, Page revealed that he knew that he won’t be returning for the second season of the now phenomenal show. Page disclosed that when he was discussing his role at the start of Bridgerton, he was already told that it is a one-season arc which will be a straight beginning, middle and end. While we are sure the makers are now regretting the idea of having him just for one season and not bringing him back, considering the enormous fan following he has garnered, helping the show gain momentum, Page find the idea cool – to only be around for one season of the web series that is. Also Read – Week that was Hollywood: Priyanka Chopra’s double date, BTS’ J-Hope’s massive donation, Courtney Cox’s Friends throwback

He revealed in the same interview that he liked the freedom that being in a ‘limited series’ brought along. In the first season Page was cast opposite Phoebe Dynevor and their chemistry as Simon and Daphne who go from pretend play, to falling in love to getting married and falling truly, madly, deeply in love touched many hearts.

Well, now with our duke not coming to meet us anymore, we hope the Bridgerton family keeps the drama on and Lady Whistledown brings some juicy gossip our way when the season 2 of Bridgerton hits Netflix.

Mayorkas 'knows there's a crisis' at border, but has to convince Biden: Troy Nehls