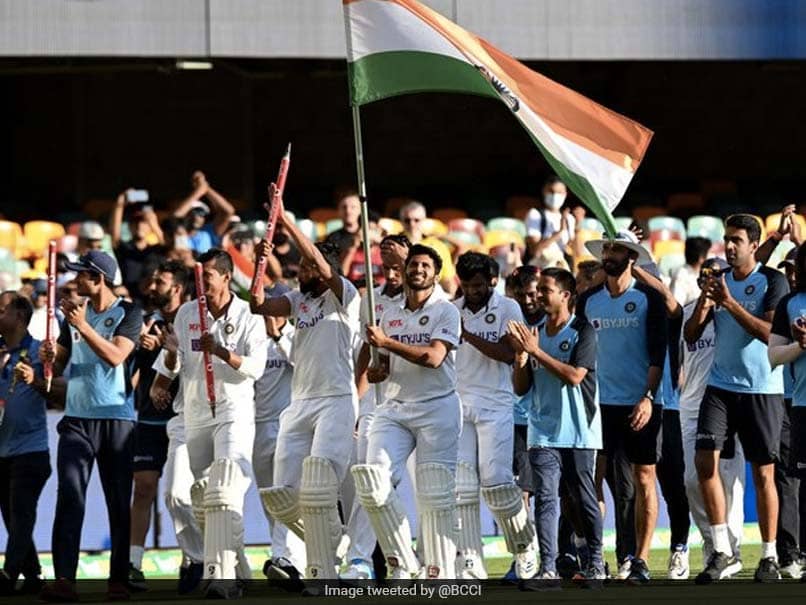 Shardul Thakur made his presence felt with both bat and ball when handed an opportunity at The Gabba.© Twitter


Shardul Thakur took to Twitter on Sunday to express his emotions after he was gifted an SUV by businessman Anand Mahindra. Mahindra gifted SUVs to six Indian cricketers in commemoration of their performances in the recently concluded four-match Test series against Australia. Shardul, Shubman Gill, Mohammed Siraj, Washington Sundar, Navdeep Saini and T Natarajan are the players to whom Mahindra gifted the SUVs. Team India defeated Australia 2-1 in the Test series despite battling several injury issues. The triumph in the final Test in Brisbane ended Australia’s 32-year-long unbeaten run at The Gabba. “Humbled by the generous gift from Shri @anandmahindra. Being recognised by you means so much to me! I am sure this will be further motivation for all young people to –  as you say “explore the impossible”. Grateful thanks sir,” read the tweet from Shardul.

Humbled by the generous gift from Shri @anandmahindra. Being recognised by you means so much to me! I am sure this will be further motivation for all young people to – as you say “explore the impossible”. Grateful thanks sir.

The 29-year-old had made his Test debut in October 2018 against the West Indies in Hyderabad. However, he was forced to leave the field after bowling just 10 deliveries on the opening day due to a groin strain.

Shardul made his presence felt with both bat and ball when handed an opportunity in the final Test at The Gabba.

The all-rounder stitched a partnership of 123 runs alongside Washington Sundar in the first innings after India were reduced to 186 for 6 in response to Australia’s 369.

The partnership helped the visitors reduce the first-innings deficit down to under 50 as India made 336 in the first innings.

The cricketer has been named in the 18-member Test squad for the first two Test matches in the upcoming home series against England.

Musgrove will get 1st win since no-hitter, Padres beat Cardinals