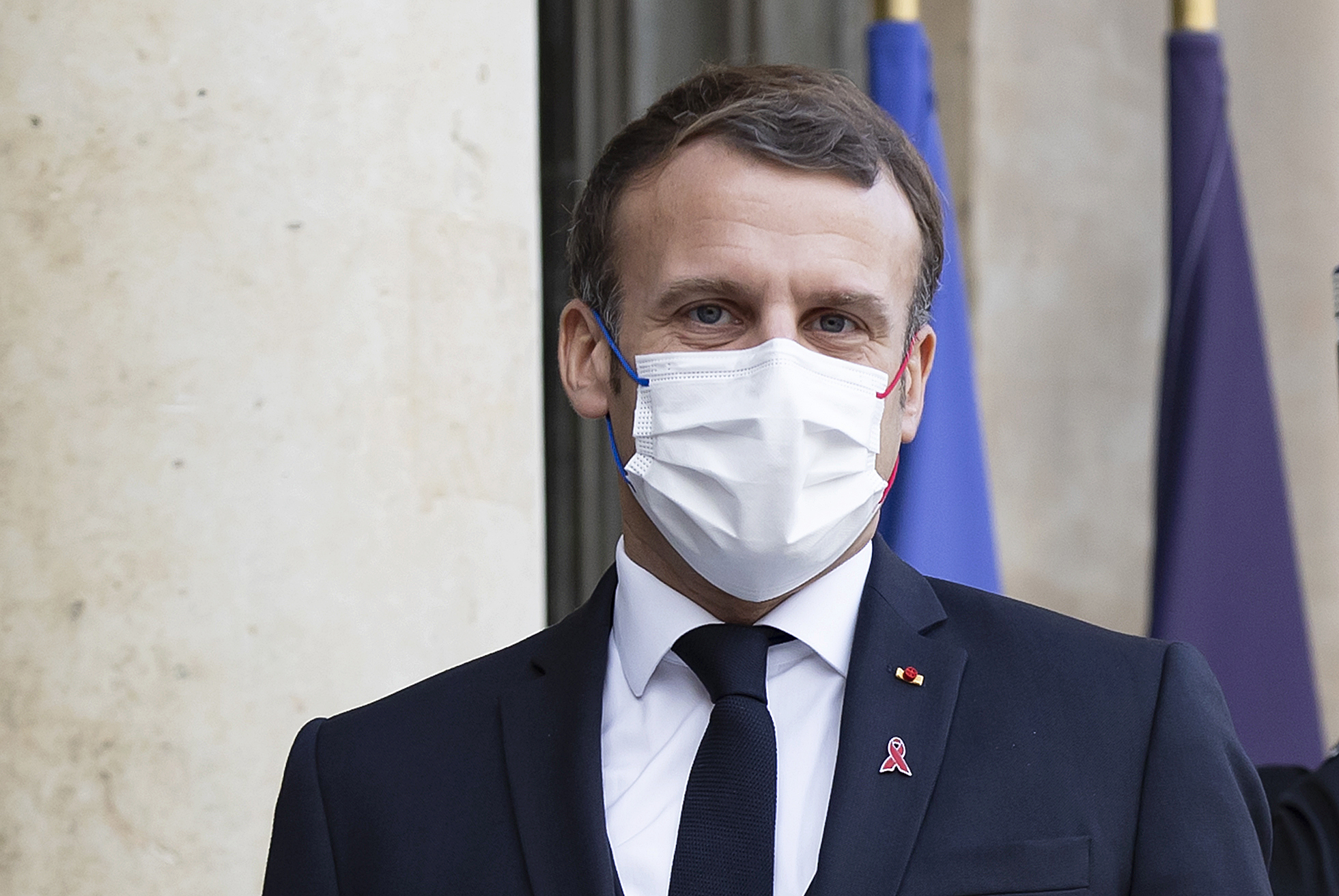 PARIS — France’s coronavirus vaccine jabs — or the lack of them — may leave a mark on Emmanuel Macron’s re-election campaign.

Having dropped the ball on face masks and early testing, the French government is now distinguishing itself with the glacial pace of its COVID-19 vaccination drive, compared to other European countries. It is doing so despite having hired leading consulting firm McKinsey to advise on logistics. And the government’s efforts to explain its strategy to its distinctly vaccine-reluctant population have been undermined by contradictory public statements.

The sluggish start to vaccination efforts is raising concerns that France may fall behind in containing the pandemic amid fears of a third wave, and that the country’s economic recovery could be delayed. That, in turn, risks damaging Macron’s chances of securing a second term in next year’s presidential election.

“Emmanuel Macron knows the stakes are very big, because we are in the last useful year of his presidential term, and this is an extremely symbolic issue,” said Chloé Morin, a social scientist who served as an adviser on public opinion to two prime ministers under President François Hollande, Macron’s Socialist predecessor.

Even though it kicked off its vaccination drive at the same time and with the same vaccine as other EU countries, France only administered doses to a few hundred people, according to the latest publicly available data.

As criticism mounted, Health Minister Olivier Véran declared “thousands” had been vaccinated on Monday, without giving exact figures. And the French total still appears very low compared to more than 230,000 in Germany, more than 110,000 in Italy, more than 40,500 in Denmark, more than 7,800 in Croatia and more than 2,500 in Estonia. It is also far behind the nearly 1 million who have received a dose in the U.K., where vaccination efforts started earlier.

As the chorus of public criticism grew, Macron’s “anger” at the state of the effort was strategically leaked to a French newspaper on Sunday.

A few days after Véran said the slow pace of the vaccination was a deliberate choice to build trust in the vaccine, the Journal du Dimanche reported that Macron told people close to him that the pace was “not worthy of the moment or of the French people” and said “things aren’t going well right now” and “must change quickly and notably.”

But the comments struck a false note with many observers, as France’s powerful presidency gives Macron far more influence over policy than anyone else and he has cast himself as the commander in chief in the fight against the pandemic, holding meetings with key officials to decide on lockdowns and other important measures.

Initially, at least, Macron’s words didn’t translate into a dramatic acceleration. Instead, high-risk health care professionals over 50 were added to the first batch of vaccine recipients but in a meeting with the regional authorities on Sunday, Véran otherwise encouraged the continuation of the existing strategy, according to insiders and to a document seen by ClixkPlayNews.

That strategy is to start by only vaccinating elderly people at high risk of severe forms of COVID-19 in retirement homes, as recommended by the French authority for health.

The recommendation was based, at the end of November, on the expectation of “a limited number of doses available at the beginning of the campaign.” But, in fact, 500,000 doses of the Pfizer-BioNTech vaccine were available from the outset. Another 500,000 are expected to be delivered by the middle of this week, according to Véran.

Even taking into account a recommendation to set aside half the doses for a secondary jab, the number of people vaccinated so far in France remains surprisingly low.

This latest setback in France’s efforts to get to grips with the coronavirus is a blow to the country’s prestige and pride in its taxpayer-funded healthcare system, generally regarded as world-class.

Despite being home to the Pasteur Institute that cracked the HIV virus and is named after famed scientist Louis Pasteur who invented the vaccine against rabies, no French company has produced an approved COVID-19 vaccine yet.

In a clear sign that he recognized change was needed, Macron convened a meeting with Prime Minister Jean Castex and Véran on Monday evening in order to figure out how to further speed up vaccinations.

As well as saying several thousand people had been vaccinated by Monday, Véran also said the number of vaccination centers would be quadrupled by Wednesday to around 100 hospitals.

But French officials also chose to defend their record by arguing that they were doing similarly to, or better than, other low performers in the EU like Belgium or the Netherlands.

Officials dismissed criticism of logistical failings, pointing out the government started preparing for the roll-out months in advance, and acquired 50 special freezers to properly store the vaccine doses in mid-November.

The French government also took the step of hiring McKinsey to advise on the logistics of the vaccine drive. Its advice pertained to “defining the logistical framework,” “establishing logistical benchmarking with other countries,” and “supporting the operational coordination of the task force,” a health ministry official said.

Véran has also dismissed the idea of turning stadiums into vaccination centers as part of a massive drive to ramp up vaccinations. “We want a vaccination drive that is close to citizens and accessible,” he said Monday. “I’m not sure it needs to be big stadiums with thousands of people queueing in the winter.”

Officials say the slow pace so far is in part due to the time-consuming, heavy logistical process of administering the vaccine in retirement homes.

They have also said the government is rolling out the program slowly in hopes of building more trust in the vaccine. In December, only 40 percent of French people said they would get a vaccine if it were available — a much lower figure than in other European countries such as Italy, Spain, Germany and the U.K, according to an Ipsos survey.

French vaccine skepticism is mainly driven by fear of side effects, according to another Ipsos poll, published in September. Some in France are still marked by the unanticipated side effects of the H1N1 vaccine from 2009.

But people are also less willing to get the vaccine if they have little confidence in the government, according to IFOP pollster Louise Jussian.

“The issue is more political,” Jussian said. “Support for the vaccine hinges on trust in the government.”

'The Bachelor' Star Matt James' Hottest Photos Over the Years