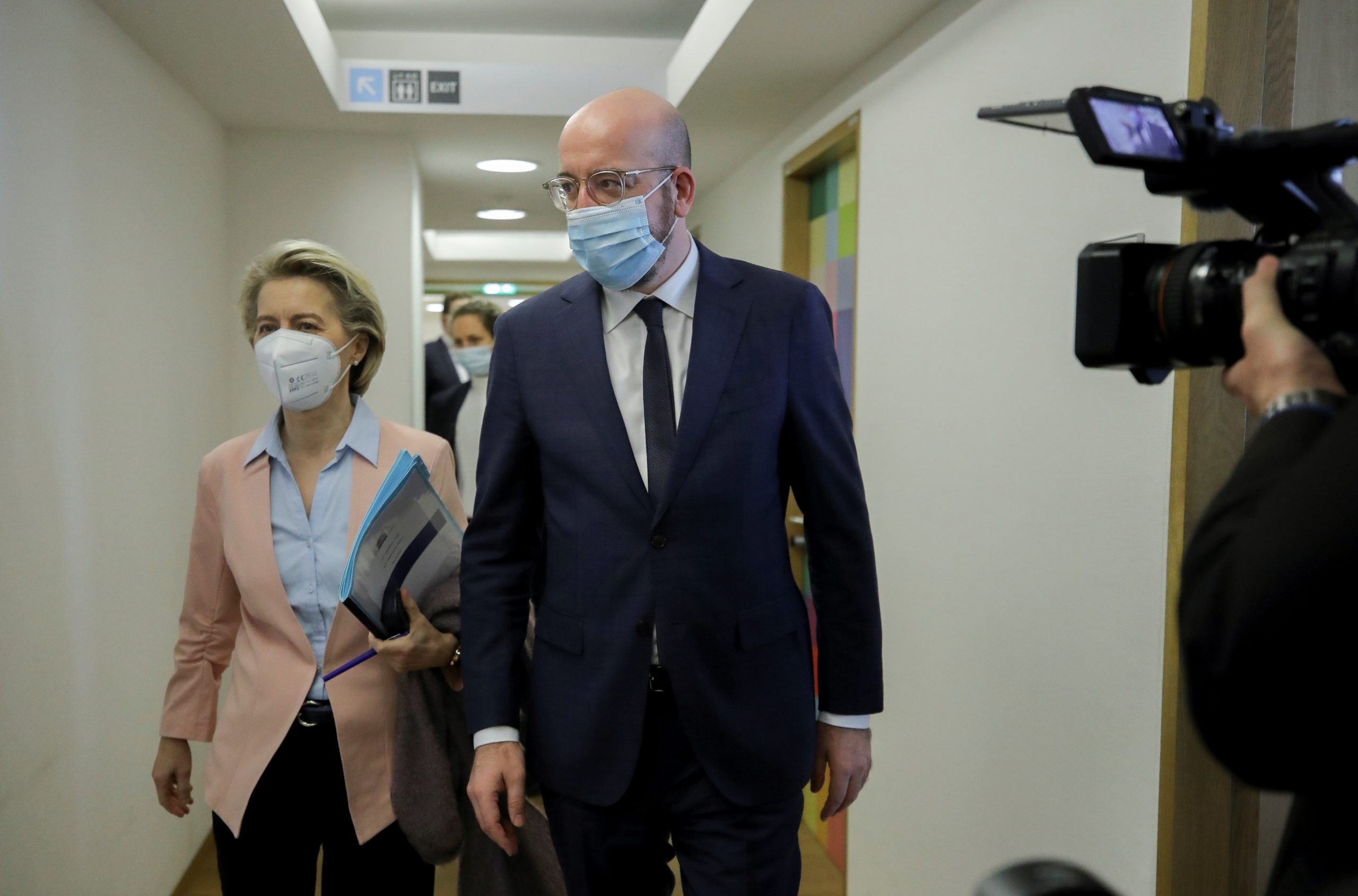 It was a Sofagate ceasefire but hardly a permanent peace pact.

European Commission President Ursula von der Leyen and European Council President Charles Michel tried Monday to move beyond the seating scandal that overshadowed their visit to Ankara last week and highlighted tensions between two of the EU’s top leaders and their institutions.

The two met at Commission HQ in Brussels on Monday for their first tête-à-tête since last Tuesday’s incident, in which Turkish President Recep Tayyip Erdoğan and Michel sat in stately chairs while von der Leyen, the first female president of the Commission, had to settle for a seat on a nearby sofa.

Critics accused Erdoğan of trying to divide the two leaders and of downgrading the female president, while Turkish officials insisted they had simply followed protocol. But Michel also came under heavy fire from across the European political spectrum, accused of having been complicit in allowing von der Leyen to be treated poorly.

After Monday’s meeting, officials from both sides gave bland readouts. The Commission said the two presidents had focused on “topical issues,” while a Council official spoke of “constructive” discussions. But it was clear that tensions lingered between the two leaders and their teams over the episode, which laid bare divisions at the top of the EU for a week as the two camps were unable to bury the hatchet.

The Ankara visit was the only topic of the meeting, underscoring just how much of a distraction the matter has become considering that the EU’s top presidents are still trying to manage a pandemic, and secure final ratification of both the Brexit deal and the EU’s budget and recovery plans.

Following the meeting, a Commission official said bluntly that “the president made clear that she will never allow such a situation to arise again.”

Beforehand, von der Leyen’s head of cabinet, Björn Seibert, floated a plan to clarify treaty rules on the preeminence of EU institutions and promote equal representation on foreign visits. But that plan did not appear to have gone down well with the Council.

The Council official said any change in rules or treaties had to be dealt with in an appropriate format, such as a forthcoming Conference on the Future of Europe, which is meant to delve into how the EU could be reformed.

The divergence reflected what many in Brussels see as two presidents being at loggerheads and two institutions competing acrimoniously for more clout on the international stage. While some tension between the two bodies is baked into their different roles — the Commission is the EU’s executive while the Council represents national leaders — diplomats said this episode was extraordinary.

“I have rarely seen such a level of animosity” between the two institutions, one EU diplomat said. “It risks damaging our [external] action and it’s hard to understand, not only for ordinary citizens.”

Another EU diplomat lamented that the two institutions were spending so much time on the issue. “Lucky is the organization that has the leisure to devote so much time and energy on protocol issues,” the diplomat said.

A third diplomat said Sofagate could be harmful to the EU: “Many outside the EU say that the EU foreign policy is a joke, and now we have this. We surely didn’t need it.”

Soon after the incident, von der Leyen and Michel’s teams gave differing accounts of what had happened. Michel’s team said everything ran followed to protocol, asserting the Council president is higher in the diplomatic pecking order. The Commission argued that von der Leyen should have been seated in the same way as Erdoğan and Michel.

While officials cited treaties and legal texts and pointed to previous examples, many observers said the issue ultimately came down to political symbolism, and the EU had messed up badly on that front.

Later in the week, Michel admitted he may have made a mistake but said he feared speaking out at the time would have caused a diplomatic incident. He expressed regret and distress over the episode.

Adding to the confusion was an apparent disconnect between the Council team and the local EU delegation in Turkey in making arrangements for the visit. Officials also noted that the Commission had not sent its own advance protocol team, citing coronavirus restrictions.

Sofagate prompted outrage from many female MEPs, who argued it was less about protocol and the pecking order of EU institutions and more about problems linked to male leadership.

“What happened in Ankara happens often to women: Men very naturally tend to take the first place, leaving women behind,” Iratxe García Perez, the leader of the Progressive Alliance of Socialists and Democrats group in the European Parliament, told ClixkPlayNews. “Then we are left in a situation in which we have to fight for our place, as if leadership was about strength and about imposing yourself.”

Michel and von der Leyen will hold an “exchange of views” on the Turkey visit with Parliament President David Sassoli and the assembly’s political group leaders on Tuesday. They are also scheduled to discuss the trip, as well as broader relations between the EU and Turkey, at a plenary debate with MEPs next week in Brussels.