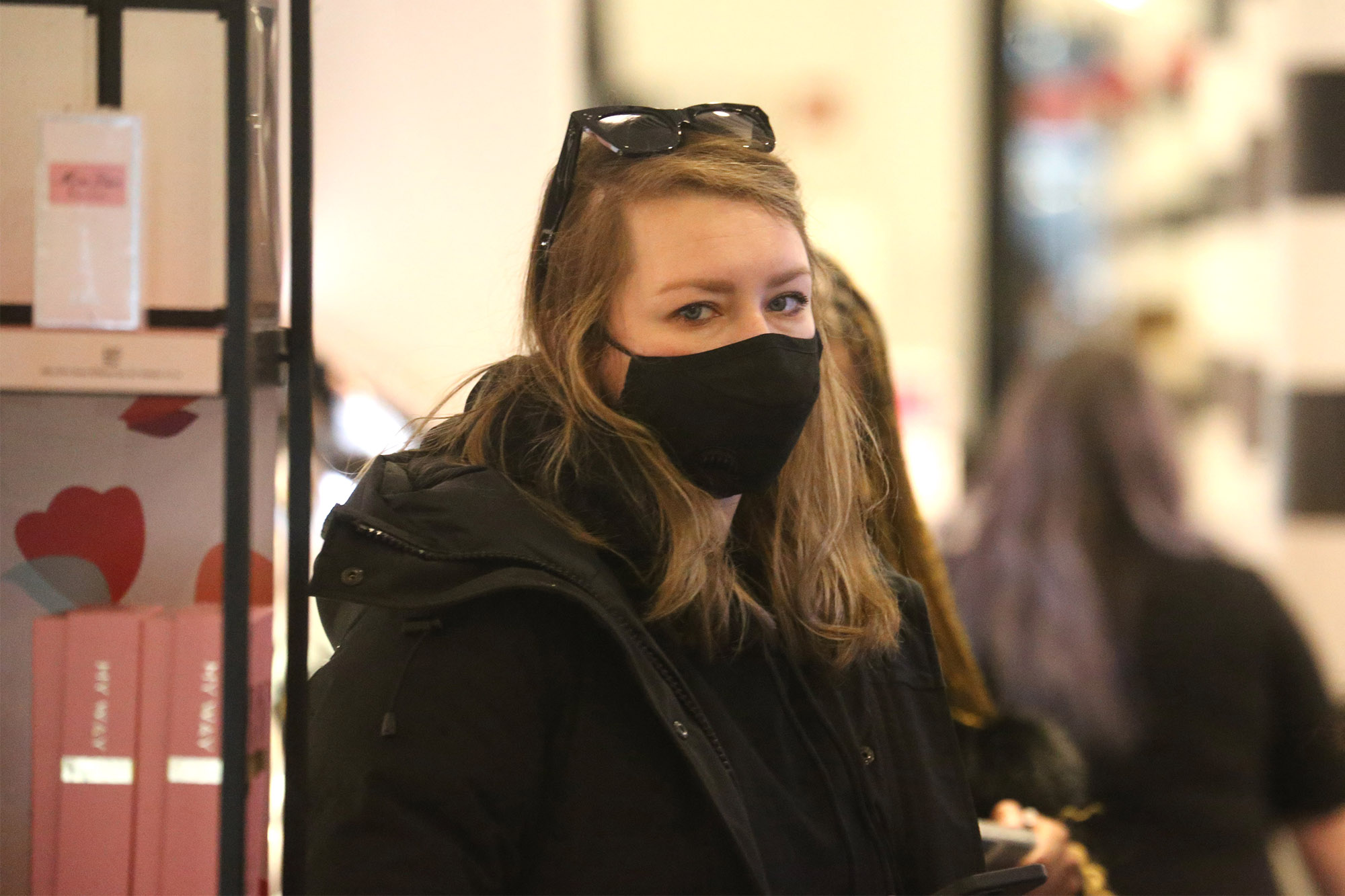 She’s ready for her close up.

“SoHo grifter” Anna Sorokin was spotted shopping for makeup in Manhattan on Sunday, following her early release from an upstate lockup last week.

The 29-year-old scammer — who spent less than two years behind bars for ripping off businesses and banks to the tune of $200,000 — was trailed by a cameraman during the outing.

Sorokin was seen leaving the 5-star NoMad hotel at around 3:30 p.m., and strolling to Madison Square Park, before heading to a nearby Sephora.

She and a pal spent about half an hour inside the store, browsing and consulting with a salesperson, before exiting with a small shopping bag. They then hopped into an Uber.

The fashion-obsessed grifter wore dark pants and a black puffer coat, paired with white sneakers. She accessorized with large black sunglasses and a matching mask.

Later, Sorokin, who is also known as Anna Delvey, posted a photo in which she tagged NYC-based camera operator Douglas Higginbotham filming her in the city with the caption “Work work work work work.”

A Russian truck driver’s daughter, Sorokin posed as a German heiress worth millions as part of a plot to swindle banks and those around her in 2016 and 2017.

The con-woman infiltrated New York’s social scene, hobnobbing with the city’s elite and living in luxury hotels, without paying the bill, prosecutors said.

Her trial featured frequent meltdown over the less-than-glamourous garments she was offered to wear, postponing the hearings for hours.

She was convicted in 2019 of several counts of grand larceny and of theft of services, including for trying to fake her way to a $22 million loan from a bank to launch a Manhattan art club.

Sorokin was sentenced to four to 12 years in prison but spent just a sliver of that behind bars and was freed from the Albion Correctional Facility Thursday on the basis of good behavior.

“Prison is so exhausting, you wouldn’t know,” she wrote to her 77,000 followers.

The wannabe socialite was paid at least $320,000 from Netflix for the rights to her life story, for a series written by producer Shonda Rimes, with actress Julia Garner in the starring role.

Sorokin has spent some $200,000 of her earnings in restitution and reportedly plans to write a book.

How to Move WhatsApp Groups to Signal