Taapsee Pannu Is “Almost There” 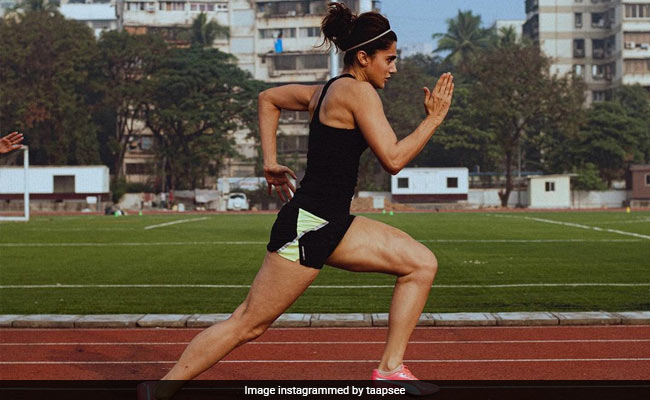 Taapsee Pannu is redefining fitness with her new Instagram post. The 33-year-old actress, who is busy prepping for the sports film Rashmi Rocket, shared a picture of herself from a racing track on Tuesday morning. She captioned the post: “Almost there…PS_ I’m still working on the expression.” She accompanied the post with the hashtags #RashmiRocket and #LastRaceLeft. Taapsee, who will be seen playing the role of an athlete in the film, has been training vigorously at the gym as well as in the outdoors. Taapsee’s fans as well as friends from the industry were impressed to see her transformation. “Woahhhhhhhh,” commented Rakul Preet Singh. “You are killing it. More power to you,” wrote Rajesh Khattar. “Inspirational,” added another Instagram user.

A quick glance through the actress’ latest set of Instagram posts showcases the amount of hardwork she has been putting into her training for the film. Check out the posts here:

Rashmi Rocket will showcase Rashmi’s journey from a tiny village to athletic contests. The film will be directed by Akarsh Khurana and it will be co-produced by Ronnie Screwvala, Neha Anand and Pranjal Khandhdiya. Rashmi Rocket is expected to release sometime in 2021.

Taapsee Pannu’s upcoming projects include Vinil Mathew’s Haseen Dillruba (also starring Vikrant Massey, and Shabaash Mithu, which will be based on the life of Indian women’s cricket team captain Mithali Raj. Her line-up of films also includes Looop Lapeta, which is a Hindi remake of the German film Run Lola Run.. The actress was last seen in Anubhav Sinha’s critically acclaimed Thappad.