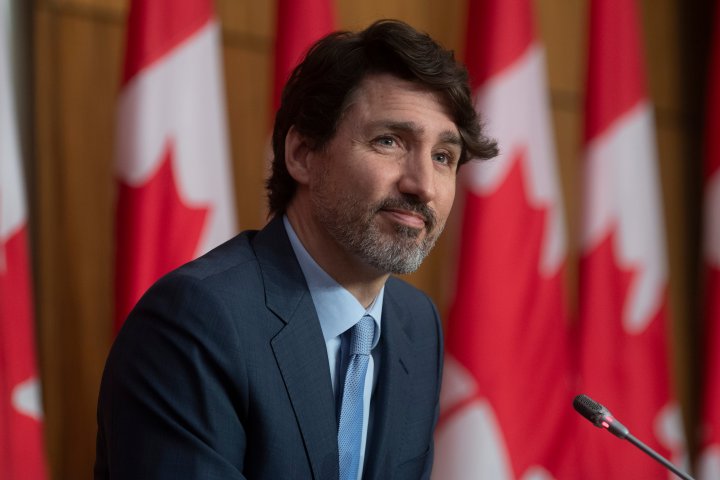 Thousands of federal Liberals gathered online Thursday night for the start of a three-day national convention that promises to be downright dull compared to similar events held by the Conservative and New Democratic parties.

And that suits Liberals just fine.

They hope Canadians will see a governing party focused on the serious policy issues of the day — the COVID-19 pandemic, the economy, climate change, the social safety net, systemic racism — without any of the infighting or controversy that beset the Conservatives’ convention last month and that threatens to similarly dominate the NDP’s convention this weekend.

Priority policy resolutions up for debate and votes at the Liberal gathering include calls for a universal basic income, enforceable national standards for long-term care homes and a green economic recovery.

Nothing on the agenda is as potentially damaging as the Conservatives’ internal squabbling over the place of social conservatives in their midst or their refusal to accept a resolution that climate change is real.

Nothing is as potentially divisive as New Democrats’ incipient fight over the definition of anti-Semitism or as radical as their proposed resolutions calling for abolition of the military and nationalization of major automakers.

The biggest buzz at the virtual Liberal event is likely to be around Mark Carney, the former governor of the Bank of Canada and the Bank of England, and whether his appearance at the convention signals an intention to finally take the plunge into partisan politics.

“It looks pretty tame, doesn’t it?” rookie Toronto MP Marci Ien, one of the convention co-chairs, said in an interview.

Whereas the Conservative convention featured an attempted takeover by anti-abortion forces within the party, Ien said the Liberals will be talking about how the pandemic has hit women hardest and how to ensure an economic “she-covery.”

And whereas the Conservatives voted against a resolution recognizing that climate change is real, she said Liberals will hear from Carney, now the United Nations special envoy on climate action and finance, and Canadian Heritage Minister Steven Guilbeault, a prominent environmentalist before jumping into politics, on what more needs to be done to combat the environmental crisis.

There will also be panels and workshops on systemic racism, reconciliation with Indigenous people, agriculture and protecting Canadians during the ongoing pandemic, among other things.

“These are the things that we’re focusing on, that we think are important,” said Ien.

Thursday night, the convention was to feature a conversation between Finance Minister Chrystia Freeland and Ken Dryden, the former minister who negotiated a national child care deal with the provinces back in 2005, only to see it abandoned by the subsequent Conservative government in 2006. A child care plan is expected to be a big part of Freeland’s first budget, to be delivered in just over a week.

Freeland had originally been scheduled to speak with former finance minister and prime minister Paul Martin but he was forced to cancel his appearance due to personal commitments.

Registered Liberals will also hear about how to run a campaign safely, should their minority government fall or provoke an election during the pandemic. Most of that advice, from various panels sprinkled throughout the three days, will not be for public consumption.

But there will be one open session about running a virtual campaign with two veterans of last fall’s U.S. presidential campaign: Caitlin Mitchell, senior digital adviser for the Biden-Harris ticket, and Muthoni Waambu Kraal, former national political and organizing director for the Democratic National Committee.

The convention itself will be entirely virtual, testing the party’s ability to appeal to Canadians without the normal visuals or hoopla that attend in-person conventions.

Ien said the pandemic-induced digital convention has one upside: it’s allowing people, who might not have been able to afford travel and hotel bills, to take part from the comfort of their homes. The result is the largest policy convention in the party’s history, with more than 4,000 Liberals registered to take part as of Wednesday and more expected to join in.

It’s also forced convention organizers to find innovative ways to engage the virtual delegates. Ien, who will host a conversation Friday evening with Carney, said she intends to use Instagram to solicit questions to put to the former central banker.

One question is undoubtedly top of mind with most Liberals: Will Carney run for the party in the next election?

“I’ll ask him and let him know that there are many people inquiring, including you,” Ien said.

The new cases were detected through 214,765 additional tests. The UAE Ministry of Health and Prevention on Saturday ...