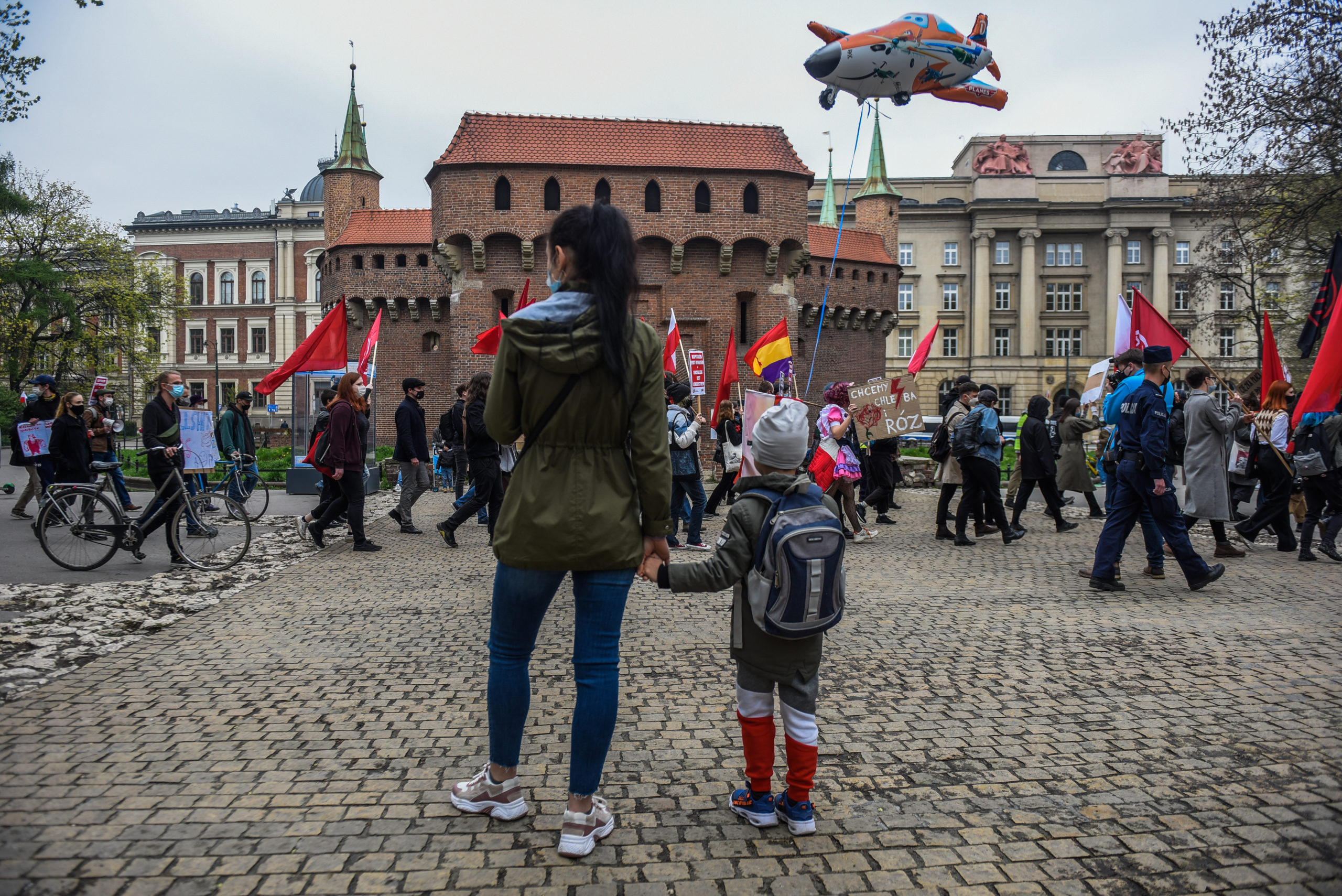 Thousands took to the streets across Europe on Saturday for May Day rallies amid varying levels of coronavirus restrictions.

Calls for better protection and pay during the pandemic frequently took center stage at the workers’ rights demonstrations traditionally organized by trade unions on the May 1 holiday.

There were some clashes between police and protestors in France, leading to 34 arrests in Paris, according to media reports. Tensions also spilled over in the southern city of Lyon, where 27 officers were reported hurt.

More than 200 people were detained by Turkish police in Istanbul after defying a ban on large gatherings, AFP reported. In Hamburg, police shut down smaller protests over coronavirus fears and there were scuffles between police and protesters in Turin.

Besides the traditional workers’ rights demos, Brussels saw several thousand gather in the Bois de la Cambre park for a party in defiance of lockdown restrictions.

A heavy police presence sought to deter violence that left 26 officers injured at a similar event on April 1, but clashes broke out towards the end of the afternoon as police moved in with water cannon and tear gas to disperse the crowd. One protester was reported injured after being hit by a police vehicle.

Mainly, however, demonstrations were peaceful. With elections on the horizon, politicians were out in force in Germany and Spain.

The main contenders to become the next German chancellor — the Christian Democratic Union’s Armin Lasche, Greens’ Annalena Baerbock and the Social Democrats’ Olaf Scholz — all made pitches to working class voters at May Day rallies, according to Der Spiegel.

In Spain, six ministers from the left-leaning government attended the protests, as well as candidates vying for posts in the Madrid elections on Tuesday.

Elsewhere in Germany, May Day demonstrators took to two wheels. In Berlin 10,000 rode bikes though the city and in Nuremberg 7,500 motorcyclists gathered to protest against proposed restrictions on weekend driving.

In the U.K. marches were held in several cities for workers’ rights and against government plans to restrict the right to protest.