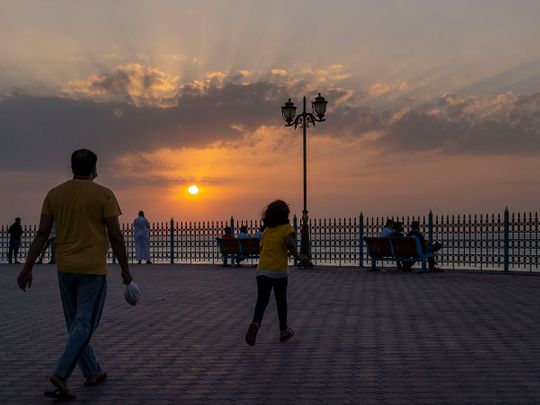 Dubai: If you are a resident of the eastern region of the UAE, you might want to carry an umbrella as you head out today as there is a chance of rain.

According to the National Center of Meteorology (NCM), today’s skies are looking clear to partly cloudy, with low clouds appearing eastwards, like in Fujairah and Ras Al Khaimah, from the morning. By the afternoon, there is a chance of rain.

Dubai is currently at 24 °C with sunny skies.

The relative humidity is currently at 35 per cent across the UAE.

Conditions at sea are expected to be generally calm to slightly rough in the Arabian Gulf and the Oman sea.

No Google sign-in on these smartphones after Sept 27 – Information